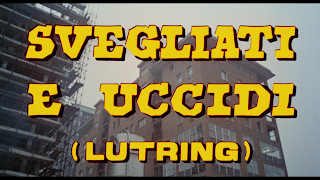 "During the 1960s Luciano Lutring committed more than one hundred armed robberies in Italy and on the French Riviera. To the media he was the machine gun soloist , a name he d earned as he kept his weapon in a violin case. To the public he was a romantic figure, one who only targeted the wealthy, stealing more than 35 billion lire during his criminal career.

Wake Up and Kill was the logical extension of such fame. It became the first feature to commit Lutring s story to celluloid, shooting having begun mere months after his eventual arrest." - synopsis provided by the distributor

Here’s the information provided about this release's transfer, "Brand new 2K restoration of the film from the original camera negative."

Wake Up And Kill comes on a 50 GB dual layer Blu-ray.

The source used for the Italian version is in great shape. Color reproduction is solid, the image looks crisp, black levels and shadow detail are consistently strong throughout, and grain looks natural.

This release comes with one audio option for each version.

The Italian version comes with an LPCM mono mix in Italian and removable English subtitles. There are no issues with distortion or background noise, and the dialog is always clear and everything sounds balanced. Also, this audio track exhibits solid range and depth. This film’s score benefits most from this audio mix.

The extras for this release include an English language trailer for Wake Up and Kill (1 minute 18 seconds, Dolby Digital mono English, no subtitles), an English language version of the film under the title Wake Up and Kill, reversible cover art, and a twenty-eight page booklet with cast and crew information, an essay titled The Machine Gun Soloist written by Robert Curti, and information about the transfer.

Included with this release is a DVD that has the same content as the Blu-Ray included as part of this combo release.

The plot is based on the real-life exploits of Luciano Lutring, who carried out hundreds of robberies in Italy and France during the 1960’s. He would be finally caught on September 1st, 1965, in Paris, France. Narrative wise, this film follows Luciano Lutring from his humble beginnings as a small-time crook who becomes bolder as he becomes more well-known due to the press coverage of his robberies. The film culminates with his capture in France.

Content wise, there are many elements in Wake Up and Kill that would later become synonymous with the Poliziotteschi, an Italian film genre that rose to prominence in the 1970’s. And besides the usual suspects, it's the cops versus the criminals. When it comes to its criminals, Wake Up and Kill actually breaks things down into two distinctively different fractions: those who are freelancers who steal for themselves and those who are part of a crime family. And nowhere is this more accentuated than in the scene where Luciano, who is now in France and unable to get anyone to buy the jewels he stole, is brought in.

All the main characters are well-defined, and their motivations are never in doubt. And though there is an ample amount of time spent exploring the more dramatic side of Luciano Lutring’s story, When it comes to more action-oriented moments, Wake Up and Kill delivers the goods and then some. One of this film’s strengths is its ability to balance drama and action.

Another strength of Wake Up and Kill is its ability to create tension and sustain it. And not to be overlooked is Wake Up and Kill's solid visuals which greatly add to the story at hand. Also, from a pacing stand point things move along a deliberate pacing that ensures that there are more peaks then valleys.

From a performance stand point the entire cast are all very good in their respective roles. With the standout performances coming Robert Hoffmann (Grand Slam, Spasmo) in the role of Luciano Lutring and Lisa Gastoni (The Maniacs, Seduction) in the role of Yvonne, Luciano’s love interest. These two actors’ have a tremendous amount of chemistry and the scenes where they interact are the one that resonate most. Other notable performances include, Gian Maria Volonté (A Bullet for the General, The Red Circle) in the role of an Italian inspector named Moroni and Volonté’s brother Claudio Camaso (Vengeance) in the role of Franco Magni, Yvonne’s jealous ex-lover. Ultimately, Wake Up And Kill a riveting crime drama that Poliziotteschi fans are sure to thoroughly enjoy.

Wake Up and Kill gets a strong release from Arrow Video that comes with a solid audio/video presentation and two versions of the film, recommended. 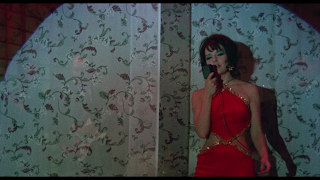 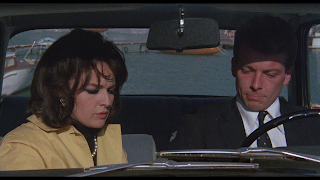 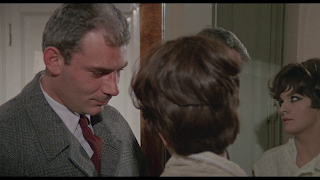 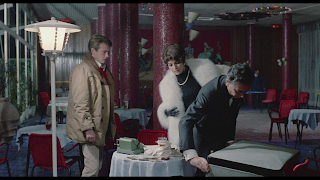 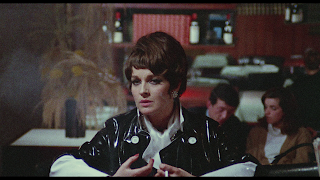 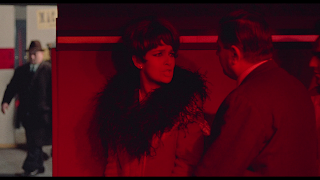 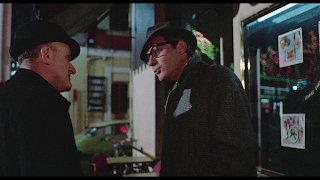 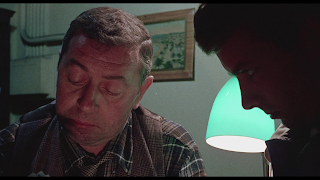 at November 30, 2021
Email ThisBlogThis!Share to TwitterShare to FacebookShare to Pinterest
Labels: Poliziotteschi, W