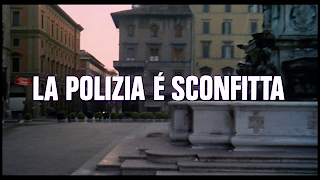 "Shopkeepers have been terrorized by a protection racket in Bologna, and the racketeers have found sneaky ways of planting explosives in the businesses of those who won't pay. Police Inspector Grifi (Marcel Bozzuffi, THE FRENCH CONNECTION) tries to get information from witnesses and criminal informants, but they're all brutally murdered. Grifi has no choice but to form a special squad -- one not bound by the red tape that restricts other cops -- who chase the racketeers with daredevil stunt driving and fight them with precision gunplay." - synopsis provided by the distributor

Colors look correct, black levels fare well, and details generally look crisp. That said, this transfer has many of the issues that have plagued Raro Video’s Blu-ray releases.

The extras for this release include an introduction to the film with Italian crime cinema expert Mike Malloy (6 minutes 18 seconds, Dolby Digital stereo English, no subtitles) and an eight-page booklet with cast and crew information and an essay titled Stunt Squad Occasionally Flies High, More Often Goes Deep written by Mike Malloy.

This film’s English-language title, "Stunt Squad," kind of misleads one as to what this film is going to be about. Where the police are defeated, the English translation of this film’s Italian language title, La polizia è sconfitta, leaves no doubt about what is about to unfold in this film.

At the core of this film is a story about a protection racket and its leader, who is terrorizing those that refuse to pay him extortion money. And despite their best efforts, this man always seems to allude the police, which only further infuriates them. When there appear to be no more options, the police then allow one of their own to form what is essentially a vigilante squad to take down these violent criminals.

Though Stunt Squad has all the ingredients that one has come to expect from the Poliziotteschi (Italian police procedurals) film genre, like elaborate car/motorcycle chases and an ample amount of carnage, The characters who populate this film, in the end, prove to be its most enduring asset. Needless to say there is no doubt what everyone’s motivations are?

From a production standpoint, Stunt Squad’s visuals are top-notch throughout, and the pacing never proves to be an issue as things are constantly moving forward rapidly. Also, when it comes to the action set pieces and death sequences, they are all well executed. A few standout moments of carnage include a snitch whose throat is slit while he recovers at a hospital, and all of this happens under the watchful eye of the police who are just outside his door. Another great moment also involves another snitch who, this time around, gets a knife in his manhood and then a firearm is used to put him out of his misery. And not to be overlooked is this film’s finale, which easily ranks as one of the most jaw-dropping to ever come out of this genre.

From a performance stand point the entire are all very good in their respective roles, with this film’s most memorable performance coming from Vittorio Mezzogiorno (Milano violenta) in the role of Valli, who is arguably one of the most sadistic criminals to appear in a Poliziotteschi film. Another performance of note is Marcel Bozzuffi (The French Connection) in the role of the man given the task of capturing Valli. Ultimately, Stunt Squad is a vastly underrated film that has languished for far too long in obscurity.

Stunt Squad gets a lackluster transfer from Raro Video that leaves plenty of room for improvement. 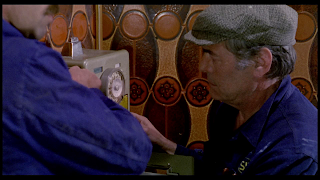 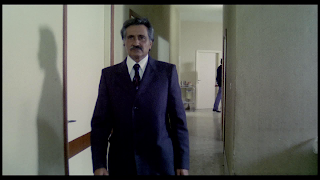 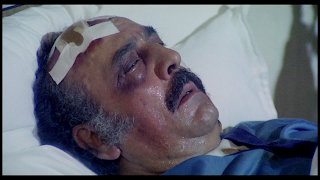 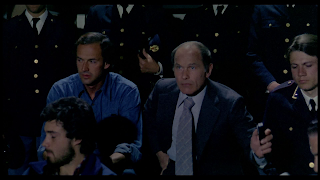 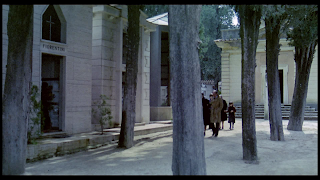 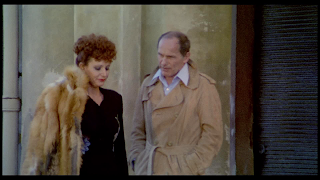 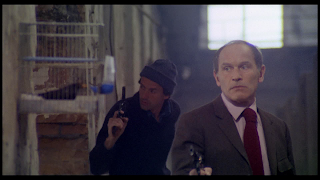