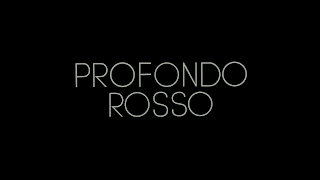 "One night, musician Marcus Daly (David Hemmings, Blow Up), looking up from the street below, witnesses the brutal axe murder of a woman in her apartment. Racing to the scene, Marcus just manages to miss the perpetrator... or does he? As he takes on the role of amateur sleuth, Marcus finds himself ensnared in a bizarre web of murder and mystery where nothing is what it seems..." - synopsis provided by the distributor

Here’s the information provided about the transfer, "New 4K restoration of both the original 127-minute Italian version and the 105-minute export version from the original negative by Arrow Films."

The sources used for both versions are comparable. Both versions look excellent. Colors are nicely saturated, contrast, shadow detail, and black levels look solid. There are no issues with compression, and grain remains intact. This is another exemplary 4K UHD upgrade from Arrow Video.

The international theatrical cut comes with one audio option, a LPCM mono mix in English, and included with this version are removable English SDH subtitles.

All of the audio tracks included as part of this release sound excellent. Dialog always comes through clearly, everything sounds balanced, Goblin’s score sounds robust and ambient sounds are well-represented. Sonically, you can’t go wrong with any of these audio tracks.

Deep Red was co-written and directed by Dario Argento, a filmmaker who is often referred to as the Italian Alfred Hitchcock. And just like the aforementioned Alfred Hitchcock, Dario Argento has spent the bulk of his career working primarily in the thriller (Giallo) genre. In the early 1970's, Dario Argento quickly rose to prominence after directing a trio of thrillers known as the "animal trilogy" (The Bird with the Crystal Plumage, The Cat O’ Nine Tails, and Four Flies on Grey Velvet). I have directed three films in the span of two years. Dario Argento would, over the next few years, pursue other avenues, like producing a thriller anthology series like Door into Darkness and a historical comedy/drama hybrid called Five Days in Milan. Unfortunately, this change of direction was not what he was looking for, and Five Days in Milan performed poorly at the box office. And after an attempt to adapt Frankenstein. Dario Argento would return to the genre that had made him a household name with the 1975 film Deep Red.

Deep Red's plot, like Dario Argento’s previous thrillers, revolves around an amateur sleuth, who becomes involved in the investigation after witnessing the original crime that sets everything in motion. And just like those aforementioned thrillers, Deep Red’s protagonist is joined by a companion in their investigations. The relationship between the film’s protagonist, a musician named Marcus Dailey, and a reporter named Gianna Brezzi, is arguably the most enduring pairing to ever appear in a Dario Argento film.

Cast in the role of Marcus Dailey is a British actor named David Hemmings, who rose to prominence after staring in Michelangelo Antonioni’s Blow-up. It should also come as no surprise that the character's journey in Deep Red has many striking similarities to the character he portrayed in Blow-up. Cast opposite David Hemmings is an Italian actress named Daria Nicolodi, who would play an important role in Dario Argento’s evolution as a filmmaker. They would begin a relationship while working on Deep Red that would culminate while working on Phenomena.

The red herring is an integral element of the thriller genre. And if done poorly, it could quickly tip the hat to who the true perpetrator is. Thankfully, Deep Red is a meticulously laid out murder mystery that does not play its hand before its moment of truth. And when this moment finally arrives retracing the who’s and the why’s are equally satisfying. Another area that Deep Red excels are its kill sequences. which serves as so much more than a random act of violence. In fact, there are several instances in which clues to the killers’ identity are left at the scene of the crime.

Visually, Dario Argento proves once again that he is not interested in revisiting where he has been. And that he is always more than willing to experiment visually as a filmmaker. When talking about the visuals for Deep Red, one must not overlook cinematographer Luigi Kuveiller’s contributions. He had previously worked with Dario Argento on Five Days in Milan. Some of his notable films as a cinematographer include Investigation of a Citizen Above Suspicion, Lizard in a Woman’s Skin, Flesh for Frankenstein and The New York Ripper.

Another key collaborator on Deep Red was the progressive rock band Goblin, who would go on to work with Dario Argento on several other films, most notably Suspiria. The score for Deep Red was co-written by Giorgio Gaslini, who’s other notable scores include So Sweet, So Dead, Five Days in Milan and the Italian T.V. series Door Into Darkness. As important as the visuals and as good as the performances are, the real backbone of this film is its driving score. With the standout musical motif being a children’s song that the killer uses as a calling card.

Where Arrow Video’s other Dario Argento 4K UHD releases only carried over existing extras. Deep Red comes with three hours of new extras. Also, the Deep Red booklet comes with an additional essay that was not part of Arrow Video’s 2018 Blu-ray release. 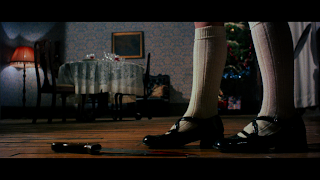 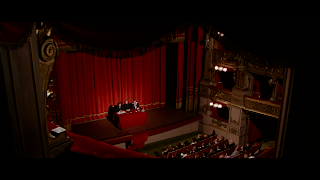 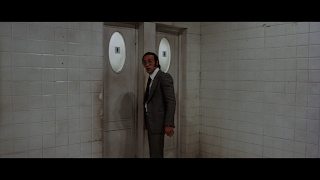 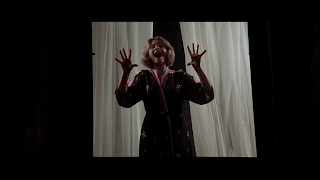 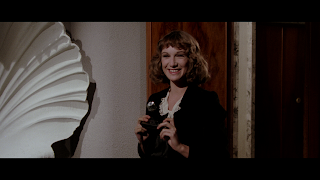 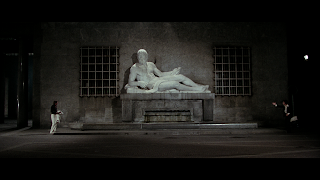 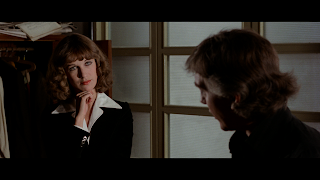 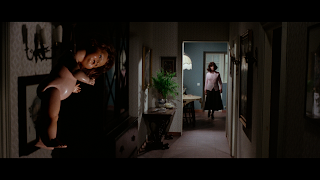 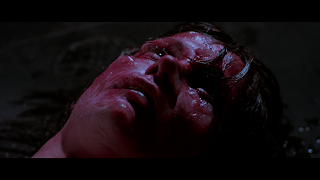 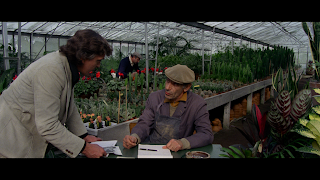 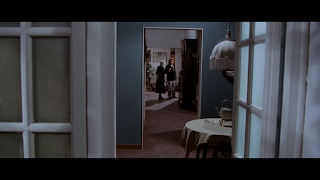 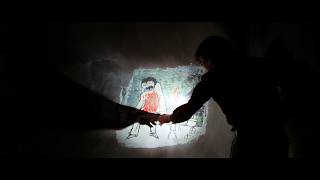 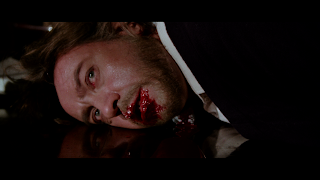 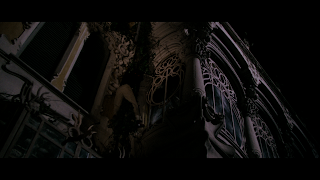