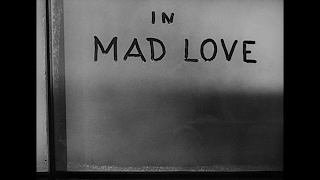 "Concert pianist Colin Clive (from Frankenstein) has his hands wrecked, and his actress wife (Frances Drake) turns to the obsessive Dr. Gogol (Lorre), who has long worshipped her. But the doctor replaces the pianist's hands with those of a murderous circus knife-thrower!" - synopsis provided by the distributor

Though no information is provided about the source used for this transfer, the result is a solid transfer that looks fabulous. Image clarity, contrast, shadow detail and black levels look solid throughout. It's hard to imagine Mad Love looking better than this transfer looks.

This release comes with one audio option, a DTS-HD mono mix in English and included with this release are removable English SDH subtitles. The audio is in great shape. The dialog comes through clearly and everything sounds balanced. Range wise, the audio sounds very good for a film of this vintage.

Extras for this release include a trailer for Mad Love (2 minutes 5 seconds, DTS-HD mono English, no subtitles) and an audio commentary with Dr. Steve Haberman.

The two creative forces behind Mad Love were Peter Lorre and director Karl Freund. Mad Love was Peter Lorre’s Hollywood debut and only his second picture in English. His first English film was The Man Who Knew Too Much. Karl Freund spent most of his career working as a cinematographer on films like Metropolis, All Quiet on the Western Front, Dracula (1931) and Key Largo. In the 1950's, Karl Freund, while working on the TV series "I Love Lucy," pioneered the three camera technique that has been used in virtually every comedy sitcom since. Karl Freund was not as prolific as a director, with films like The Mummy (1933) and his final film as director, Mad Love, standing out as classic examples of Hollywood’s golden age of horror. Mad Love was adapted from Maurice Renard’s novel The Hands of Orlac.

Visually, Mad Love is filled with German expressionism in the way it is photographed and in the way the sets are designed and manipulated for visual effect. The opening credits are some of the most creative from this era of Hollywood, with the titles being written on windows and a hand breaking the window at the end. Surprisingly, the cinematography for Mad Love was not shot by Karl Freund, even though it bears his distinctive style. The cinematographers on Mad Love were Chester A. Lyons and Gregg Toland, who would later gain fame as a cinematographer for their work on the Orson Welles film Citizen Kane. The score for Mad Love was composed by Dimitri Tiomkin. The score is very effective and adds a lot to the atmosphere of the film.

When discussing Mad Love, one cannot overlook the presence of Peter Lorre, whose performance ranks amongst his finest work. Peter Lorre is most remembered for playing sinister characters like Hans Beckert in Fritz Lang’s M and the stranger in Stranger on the Third Floor. Doctor Gogol is not a character that is without any redeeming qualities. When he is first introduced, he is a man who helps the less fortunate in his clinic. His mental state starts to decay when he finds out that Yvonne, the woman he has become smitten with, is leaving the world of acting to be with her husband. Doctor Gogol only agrees to help Yvonne because he wants to be near her. His plan almost pays off when Yvonne’s Stephen husband starts to lose his grip on reality when his new hands develop a mind all their own. In the role of Stephen Orlac is Universal horror icon Colin Clive, who horror fans will certainly remember from Frankenstein and Bride of Frankenstein. It is almost appropriate that Doctor Gogol, like Frankenstein before him, creates monsters because they use human body parts taken from murderers.

Mad Love's plot may be as bloody and as violent by today’s standards. Mad Love was so controversial when it was first released that many scenes had to be trimmed, and in some foreign countries, additional scenes that were in the American version were also cut. Mad Love is the purest example of what a true horror film should be. The film builds tension through its visuals, which imply things more than show them. Leaving what is going on for the viewers’ imagination only further drives home Doctor Gogol’s dementia. One of the most frightening and memorable moments in the films occurs when Doctor Gogol poses as the recently executed murderer, Rollo the Knife Thrower. The metal hands and neck prosthetics are a visual nightmare that cannot be described in mere words. Ultimately, Mad Love is nothing short of a masterpiece which features Peter Lorre and Karl Freund’s best work of their careers.

Mad Love makes its way to Blu-ray via a solid audio/video presentation and it also comes with an insightful audio commentary, highly recommended. 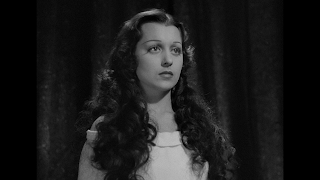 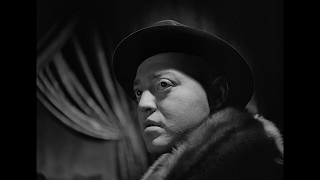 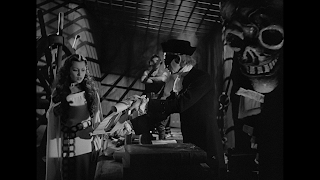 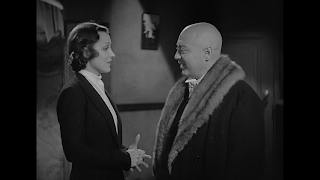 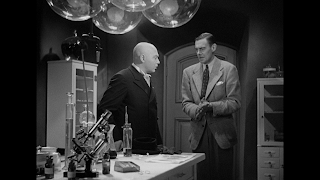 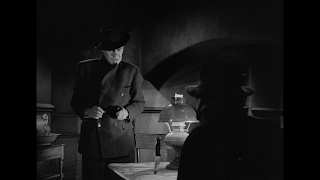 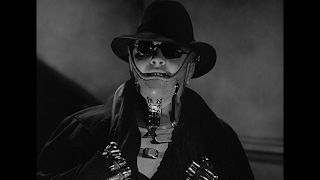 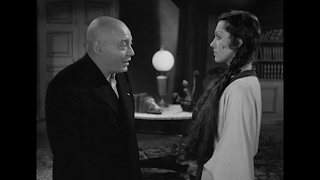 at October 20, 2021
Email ThisBlogThis!Share to TwitterShare to FacebookShare to Pinterest
Labels: M