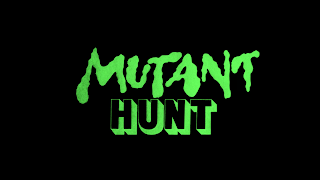 "In the near future of 1992, robots have become a facet of everyday life. Dr. Z, the diabolical head of one of the country's top robotics firms, has developed a solution named "Euphoron" which, when injected into his cyborgs, transforms them from man's servant into impossibly strong and powerful killing machines in an attempt by Dr. Z to take absolute power. Realizing the implications of Z's actions, chief robotics engineer Paul Haynes attempts to stop the robot takeover, only to be kidnapped along with his sister, Darla. After achieving a dangerous escape, Darla then enlists the help of tough-as-grit bounty hunter Matt Riker and the two begin a quest to destroy the murderous machines." - synopsis provided by the distributor

Here’s the information provided about this release's transfer, "Newly scanned & restored in 4K from its 35mm original camera negative."

The source used for this transfer is in great shape. Colors and flesh tones look correct, image clarity, black levels, and compression are strong, and the image retains an organic look.

This release comes with one audio option, a DTS-HD mono mix in English, and included with this release are removable English SDH subtitles. The audio sounds clean, clear, and balanced. Range wise, this track sounds good considering the limitations of its source.

From its opening moments, it is clear that what's about to unfold is going to be a wild ride. Mutant Hunt’s wild premise about bloodthirsty cyborgs is superbly realized. The narrative is filled with outrageous moments, like a scene where one character in nothing but their tighty-whities does hand-to-hand combat with a cyborg. That said, this is not a film that you watch because of exposition; it is all about spectacle.

From a production standpoint, everything about Mutant Hunt embodies low, low, low budget filmmaking. Fortunately, Mutant Hunt is not hindered by a lack of resources. In fact, it works in its favor. Instead of trying to make a futuristic world, Mutant Hunt takes the low-fi sci-fi approach of merging modern with futuristic elements. The most surprising aspects of Mutant Hunt are the special effects and just how well they hold up. Ultimately, Mutant Hunt is a delirious Z-grade cinematic experience, and fans of campy cinema are this film’s target audience.

Mutant Hunt gets an excellent release from Vinegar Syndrome that comes with a strong audio/video presentation and a wealth of informative extras, highly recommended. 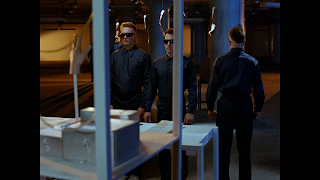 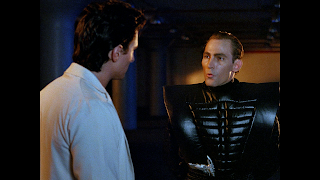 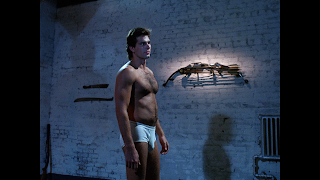 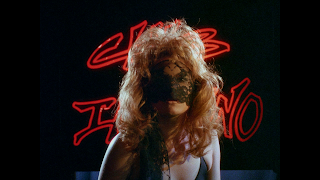 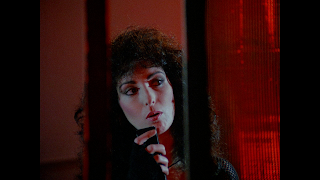 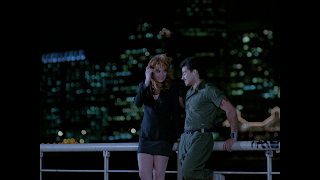 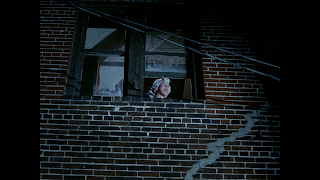 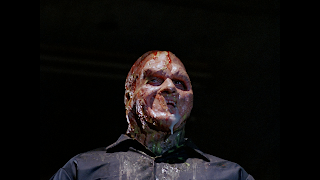 at September 19, 2022
Email ThisBlogThis!Share to TwitterShare to FacebookShare to Pinterest
Labels: M