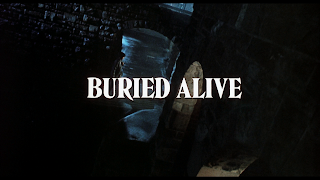 "Janet has taken a job as a teacher at Ravenscroft Hall, a girl's reform school for juvenile delinquents. Not long after arriving, Janet's dreams become plagued with haunting visions of a mysterious brick wall, coupled with the very real increase in disappearances of the facility's young pupils. While dismissed by the headmaster as nothing more than runaways, Janet is not convinced and begins investigating the history of the school and its assortment of unbalanced staff members..." - synopsis provided by the distributor

Here’s the information provided about this release's transfer, "Newly scanned & restored in 2K from its 35mm interpositive."

This release comes with one audio option, a DTS-HD mono mix in English, and included with this release are removable English SDH subtitles. The audio is in great shape; it sounds clean, clear, and balanced throughout. Range wise, this track does a good job with ambient sounds and the score sounds appropriately robust.

Buried Alive is an adaptation of the fiction of Edgar Allen Poe. The narrative appears to take elements from multiple Edgar Allen Poe stories, most notably The Black Cat. Buried Alive was produced by Harry Alan Towers, a producer whose career spanned five decades. Notable films produced by Harry Alan Towers include a series of Fu Manchu, which starred Christopher Lee, and eight films directed by Jess Franco.

The thing that immediately grabs you when watching Buried Alive is just how many recognizable faces there are in the cast. Throughout his career, Harry Alan Towers had a knack for getting recognizable names for his films. Buried Alive features three icons of acting: Robert Vaughn (The Man from U.N.C.L.E.) in the role of Gary Julian, the headmaster of a reform school for girls; Donald Pleasence (Halloween) in the role of Dr. Schaeffer; and John Carradine (The Grapes of Wrath) in the role of Gary’s sadistic father, who’s now confined to a wheelchair. Other notable cast members include Ginger Lynn Allen (Vice Academy) and Nia Long (Boyz n the Hood) as two troubled youths at the reform school.

From its opening moments, Buried Alive sets a forbidding tone that is reinforced by a series of well-placed jump scares that are tied to a character who is starting to doubt what is real and what is all in her mind. And though there is some mystery about where the narrative will eventually end up in the opening setup, about halfway through, it becomes clear who the killer is.

Buried Alive gets a first-rate release from Vinegar Syndrome that comes with a solid audio/video presentation and a pair of informative extras. 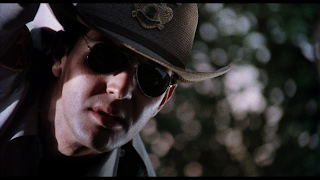 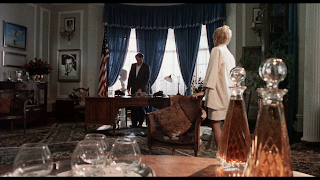 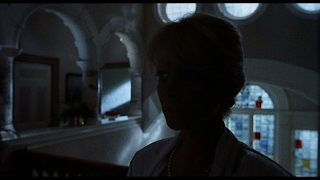 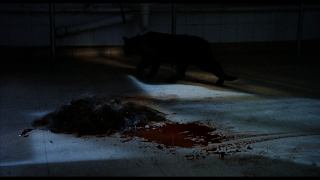 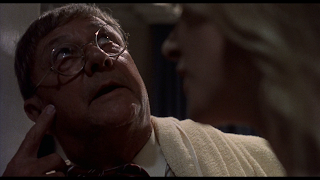 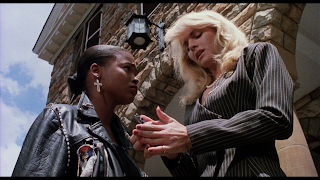 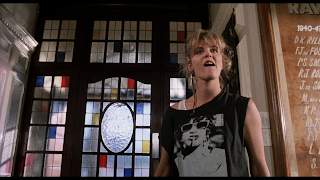 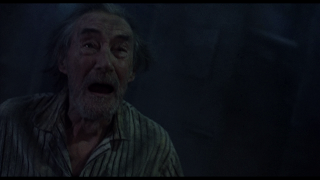 at September 19, 2022
Email ThisBlogThis!Share to TwitterShare to FacebookShare to Pinterest
Labels: B