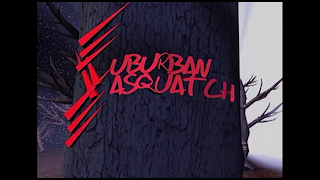 "Perhaps the most beloved and recognizable shot on video movie of the last two decades! When a giant blood-thirsty Bigfoot goes on a killing spree in a sprawling suburban park area, it's up to a couple of park rangers, a reporter and a mystical Native-American Warrior to try and stop Sasquatch's limb-ripping rampage." - synopsis provided by the distributor

Though the source looks as good as one would expect given that it was shot on video, the daytime scenes are far superior to any moments with limited light. This may also be why most of the film takes place during the daytime. That said, while this transfer has its shortcomings, the result is most likely as good as this film will ever look.

This release comes with one audio option, a Dolby Digital stereo mix in English, and included with this release are removable English SDH subtitles. For a SOV film, Suburban Sasquatch’s track actually sounds pretty good. Outside of a few moments where things are muffled, dialog comes through clearly, ambient sounds are well-represented, and there are times when things sound robust.

Other extras include trailers for Repligator, Blood of the Chupacabras, and Saurians.

Suburban Sasquatch is best described as a monster movie where the monster employs many traits that are associated with slasher genre killers. And though there are an ample number of gory set pieces, most of the impact from the Sasquatch’s rampages is reduced because of the crude CGI that draws attention to itself, making these moments more laughable than humorous.

Suburban Sasquatch has two groups of characters; the police, who are non-believers that don’t want to acknowledge the existence of Sasquatch; and the believers; a reporter looking for a story that will make him famous, and an Indian woman who’s been given the task of killing Sasquatch before he absorbs too many souls and becomes invincible.

From a production standpoint, the enthusiasm of everyone involved makes most of Suburban Sasquatch’s shortcomings easy to overlook. That said, who does not enjoy a film where it is obvious that the monster is a man in a gorilla suit? Ultimately, at one hundred minutes in length, Suburban Sasquatch is an endurance test that if you are still engaged after ten minutes, then it's smooth sailing for the rest of the way.

Suburban Sasquatch is another first-rate release from Visual Vengeance that comes with the best possible audio/video presentations and comes with a wealth of informative extras, recommended. 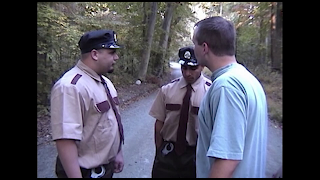 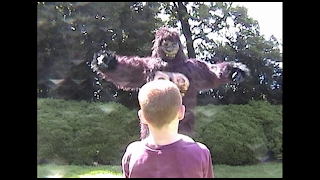 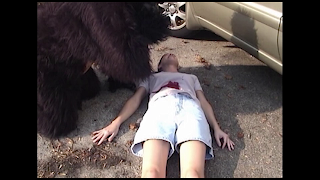 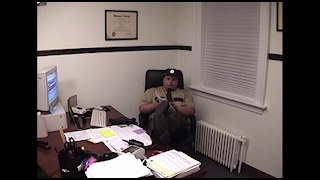 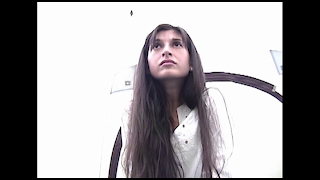 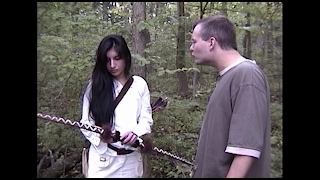 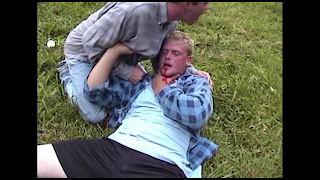 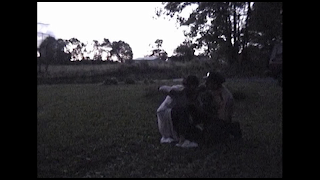 at August 07, 2022
Email ThisBlogThis!Share to TwitterShare to FacebookShare to Pinterest
Labels: S