"When a millionaire is found dead in a rickety amusement park ride, his less-than-savory family stands to inherit his vast fortune. Naturally, the insurance company investigates, setting forth a serpentine series of double-dealings, dark secrets revealed...and gruesome murders! Once the titular deceased (and indeed, naked) dame shows up, all bets are off as twists follow turns, throats are cut and bodies brutalized, climaxing in an outrageous carnage-filled carnival finale." - synopsis provided by the distributor

Here’s the information provided about this release's transfer, "uncut and remastered from the original 35mm camera negative."

Naked Girl Murdered in the Park comes on a 25 GB single layer Blu-ray.

The source used for this transfer is in very good shape. Colors and flesh tones look correct, the image looks crisp, black levels fare well, and any compression related issues are minimal.

Extras for this release are limited to a trailer for Naked Girl Murdered in the Park (1 minute 28 seconds, Dolby Digital mono), and trailers for Barb Wire Dolls, Love Letters of a Portuguese Nun, Sexy Sisters, Voodoo Passion and Women in Cellblock 9.

The Naked Girl Murdered in the Park was directed by Alfonso Brescia, a filmmaker who worked at the lower budget end of the spectrum of Italian genre cinema. His most famous films include Beast in Space, The New Godfathers, and a trilogy of Star Wars knockoffs: War of the Planets, Battle of the Stars, and The War of the Robots.

By 1972, the Giallo cycle that started in response to The Bird with the Crystal Plumage was on its last legs. And, while the Giallo genre never completely vanished, it did experience a surge in popularity when a film came along that revitalized it. Unfortunately, Naked Girl Murdered in the Park is the type of film that is on the polar opposite end of the spectrum to a film like The Bird with the Crystal Plumage.

The Naked Girl Murdered in the Park begins with a black-and-white flashback sequence set during World War II. This scene would play a role in the killer's modus operandi. Some viewers may turn out due to a slow moving first hour. Fortunately, things picked up considerably in the last thirty minutes. With a strong finale like one would expect from the giallo genre,

Naked Girl Murdered in the Park’s strongest asset is its cast of whos who of 1970’s Euro-cult cinema. Notable cast members include Robert Hoffmann (Spasmo) in the role of an insurance investigator named Chris Buyer; Adolfo Celi (Danger: Diabolik) in the role of a police inspector; and Philippe Leroy (The Laughing Woman) in the role of Chris Buyer’s boss. None of the performances stand out, and they are best described as serviceable.

Despite the fact that Naked Girl Murdered in the Park contains many of the elements that one has come to expect when watching a Giallo The result is a pedestrian film that has more in common with an Agatha Christie thriller than it does with an Italian thriller. That said, at least when it comes to this film’s title, it does deliver an actually naked girl in the park.

Reportedly, Full Moon has addressed the atrocious English audio track and replaced it with a much better sounding Italian audio track that comes with English subtitles. Unfortunately, the version with the English audio track has not been recalled, and when ordering this disc, you still might get that disc and not the corrected disc. 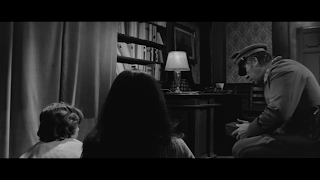 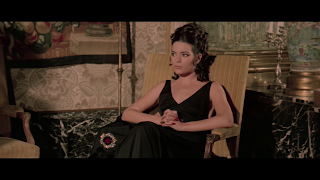 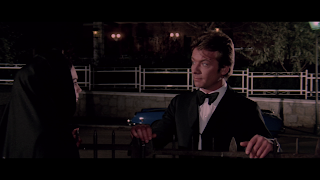 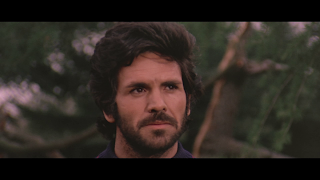 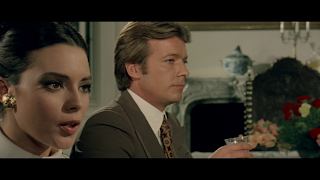 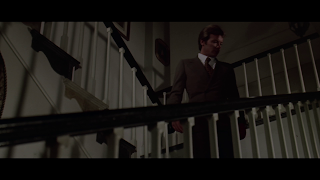 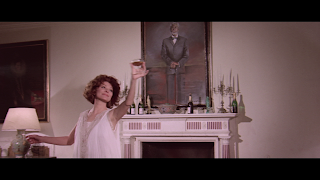 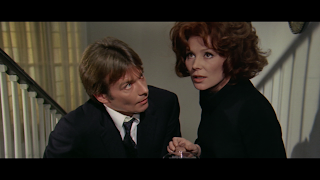