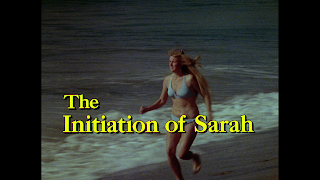 "Shy misfit Sarah Goodwin (Kay Lenz, House), has a secret gift: the ability to control -- and destroy -- with her mind. When Sarah goes off to college with her more outgoing and popular sister, Patty (Morgan Brittany, Sundown: The Vampire In Retreat), their plans to join the most prestigious sorority on campus are scuttled by snobby president, Jennifer Lawrence (Morgan Fairchild, Phantom of the Mall). Separated from her sister, Sarah is taken in by a rival, less popular sorority, whose mysterious house mother, Mrs. Hunter (Shelley Winters, The Night of the Hunter), is harboring a secret of her own: a scheme to harness Sarah's terrifying power for revenge. Betrayed by Patty, humiliated by Jennifer, it can only be a matter of time before Sorority Hell Week erupts in flame!" - synopsis provided by the distributor

Here’s the information provided about this release's transfer, "The original 35mm camera negative was scanned in 4K resolution at Company 3, Los Angeles. The film was graded and restored at Dragon DI, Wales.

All materials for this restoration were made available by MGM."

The Initiation of Sarah comes on a 50 GB dual layer Blu-ray.

This release comes with one audio option, a DTS-HD mono mix in English, and included with this release are removable English SDH subtitles. The audio sounds clean, clear, and balanced.

Known for their wild premises, 1970’s made-for-TV movies of the week are a treasure trove of films that are ripe for rediscovery. A case in point is The Initiation of Sarah, a made-for-TV horror film that bears a striking resemblance to Carrie.

Many 1970’s made-for-TV movies tried to capitalize on a successful theatrical film, or a sub-genre of films that were popular at that time. Satanic themed films were once such a sub-genre that made for TV movies would take on. Another sub-genre would be telekinesis themed horror films, which were made in response to Carrie.

That said, there’s no denying Carrie’s influence throughout The Initiation of Sarah. The result is a film that stands well on its own. Most notably, when it comes to elements that are related to the sorority girls and how they torment those who they feel are inferior to them.

The cast is filled with many recognizable faces. The standout performance belongs to Kay Lenz (House) in the role of Sarah Goodwin, the protagonist who uses telekinesis when she gets angry. Another performance of note is Morgan Fairchild (The Seduction) in the role of Jennifer Lawrence, the quintessential mean girl. Other notable cast members include Tisa Farrow (Zombie) in the role of a sorority sister who goes by the nickname Mouse, Robert Hayes (Airplane!) in the role of a jock named Scott Rafferty, and Shelley Winters (Lolita) in the role of Mrs. Hunter, an unbalanced den mother who dabbles in the occult.

From a production standpoint, The Initiation of Sarah’s positives outweigh its negatives. Sure, the premise will give you Déjà vu. Fortunately, the cast's enthusiasm ensures that there’s rarely a dull moment. That said, when it comes to the special effects, they’re obviously hampered by an anemic budget and the limitations of television. Ultimately, The Initiation of Sarah is a highly entertaining film that fans of 1970’s made-for-TV movies should thoroughly enjoy.

The Initiation of Sarah gets a first-rate release from Arrow Video that comes with a strong audio/video presentation and a wealth of extras, recommended. 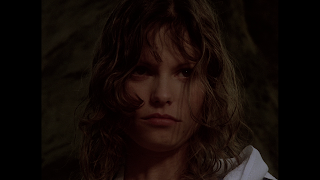 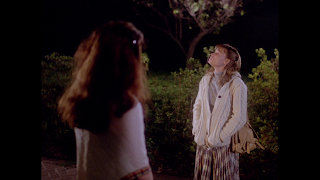 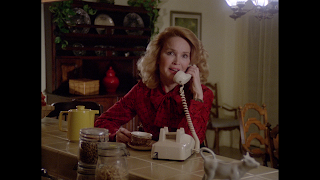 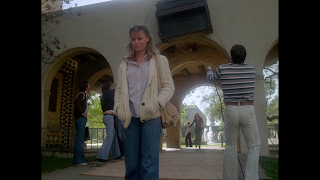 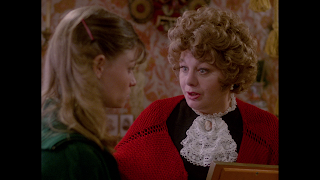 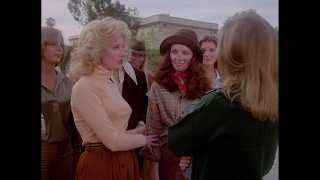 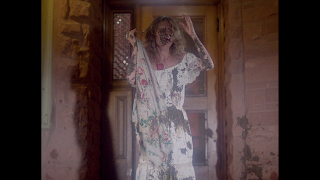 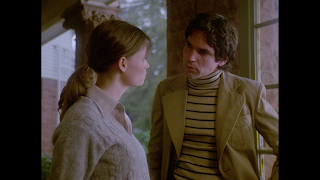 at June 05, 2022
Email ThisBlogThis!Share to TwitterShare to FacebookShare to Pinterest
Labels: T