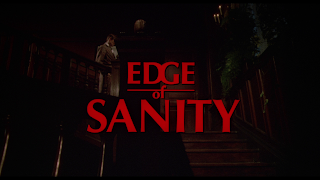 "When his experiments into a powerful new anaesthetic go hideously awry, respected physician Dr Jekyll (Perkins) takes off into the night, casting aside the shackles of upper-class propriety as he disappears into the shadowy decadent demimonde of Whitechapel in pursuit of sensual pleasures under the guise of ‘Mr Hyde’. As his wife Elisabeth (Glynis Barber) passes her time in charitable work, rehabilitating the district’s fallen women, Hyde is drawn into an escalating cycle of lust and murder that seems to know no bounds." - synopsis provided by the distributor

Here’s the information provided about this release's transfer, "The original 35mm camera negative was scanned in 4K, then graded and restored in 2K at R3Store Studios, London.

All materials for this restoration were made available by MGM and Deluxe."

Edge of Sanity comes on a 50 GB dual layer Blu-ray.

This release comes with one audio option, a LPCM stereo mix in English, and included with this release are removable English SDH subtitles. The audio sounds excellent. This track is clean, clear, balanced, and robust when it needs to be.

The Edge of Sanity was produced by Harry Alan Towers, a maverick producer whose career spanned six decades. Though he worked in a variety of film genres, he is most remembered for his films that are based on literary sources and his collaborations with director Jess Franco.

With the Edge of Sanity Harry Alan Towers takes Robert Louis Stevenson’s novella "Strange Case of Dr. Jekyll and Mr. Hyde" and fuses it with the notorious serial killer Jack the Ripper. The result is a unique cinematic experience that fully exploits these two inspirations. Also, Edge of Sanity reteams Harry Alan Towers with director Gérard Kikone; they had previously collaborated on Lady Libertine, Love Circles, Master of Dragonard Hill, and Dragonard.

Content-wise, Edge of Sanity is equal parts psychological thriller and slasher film, with some melodrama thrown in for good measure. And though Edge of Sanity takes place in the Victorian age, the production design incorporates elements that are from the present, which helps blur reality. That said, when it comes to production design and costumes, both of these areas are rock solid.

The main attraction of Edge of Sanity is Anthony Perkins (Psycho) in the dual roles of Dr. Henry Jekyll and Jack 'The Ripper' Hyde. He delivers a superb performance doing what he does best: portraying unhinged characters. Another performance of note is Sarah Maur Thorp (Ten Little Indians) in the role of Susannah, a prostitute who bewitches Dr. Henry Jekyll. She delivers a remarkable performance as an object of desire.

From a production standpoint, Edge of Sanity is a film that takes full advantage of its resources. The premise is well-executed, the narrative does a great job of building tension, and there is a finale that perfectly culminates with the events that preceded it. Other strengths include stylish visuals that are filled with atmosphere; Frédéric Talgorn’s score captures the mood; and when Jack 'The Ripper' Hyde's violent outbursts are gory. Ultimately, Edge of Sanity is a solid thriller that works as well as it does because of Anthony Perkins' performance.

Edge of Sanity gets an excellent release from Arrow Video that comes with a solid audio/video presentation and an abundance of informative extras, highly recommended. 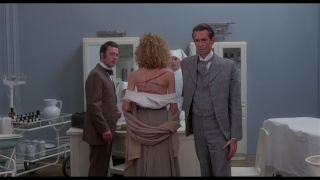 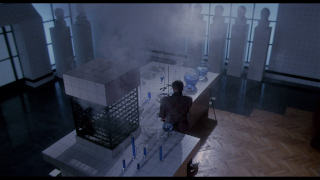 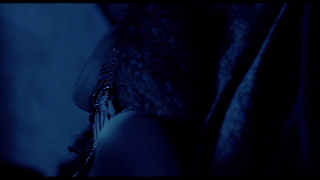 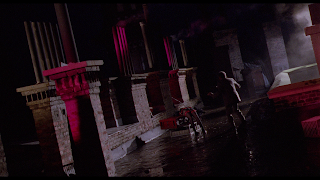 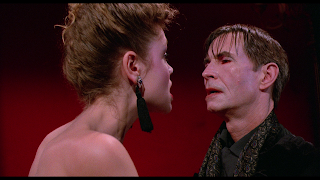 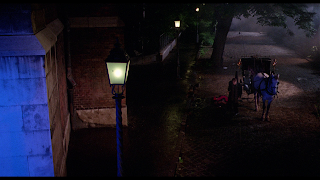 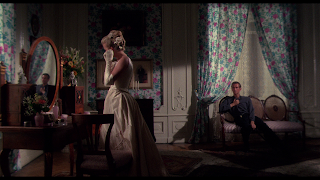 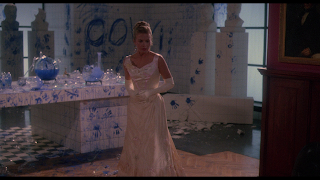 at June 04, 2022
Email ThisBlogThis!Share to TwitterShare to FacebookShare to Pinterest
Labels: E