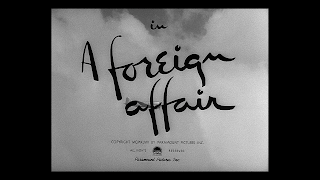 "From Billy Wilder, the legendary director of Five Graves to Cairo, Double Indemnity, Some Like It Hot, Irma La Douce and The Private Life of Sherlock Holmes comes this classic comedy that mixes romance with hard-boiled wit in a story about stiff-necked Iowa congresswoman Phoebe Frost (Jean Arthur, Easy Living) mired in jaded postwar Berlin. As she investigates the morale of American troops, she is cynically wooed by fellow Iowan Captain John Pringle (John Lund, The Mating Season), who is trying to cover up his affair with Nazi-tainted chanteuse Erika von Schlütow (Marlene Dietrich, Witness for the Prosecution). In this often amusing and forever endearing film, Wilder peppers the love story with tart dialogue and satiric jabs at Midwestern naïveté. A Foreign Affair features the wonderful character actor Millard Mitchell (Singin’ in the Rain) as Colonel Rufus J. Plummer." - synopsis provided by the distributor

A Foreign Affair comes on a 50 GB dual layer Blu-ray.

There’s no information provided about transfers. That said, the source is in very good shape. Image clarity looks strong throughout, contrast and black levels fare well, and there are no issues with compression.

This release comes with one audio option, a DTS-HD mono mix in English, and included with this release are removable English subtitles. The audio sounds are clean, clear and balanced throughout.

Extras for this release include a theatrical trailer (1 minute 1 second, Dolby Digital mono English), and an audio commentary with film historian Joseph McBride.

Other extras include trailers for Witness for the Prosecution, One, Two, Three, Irma la Douce, The Private Life of Sherlock Holmes, Avanti!, and The Front Page.

When discussing cinema’s greatest filmmakers, the term "auteur" is too often overused. But there are many filmmakers who have consistently produced a strong body of work. Their oeuvre lacks a distinctive style that’s instantly recognizable. This is not the case when it comes to the cinematic legacy of Billy Wilder, a filmmaker whose legacy is arguably one of cinema’s strongest.

That said, one of the things that sets Billy Wilder’s films apart from most of his contemporaries is his contributions when it comes to the screenplays. Many filmmakers give ideas that work their way into a screenplay, or they simply shape the screenplay to fit their style. Billy Wilder was a filmmaker who began as a screenwriter, and because of this, his films retained a constant thread of creativity from creation to completion.

Billy Wilder was a versatile filmmaker who excelled in every genre that he worked in. It’s not surprising that he’s most remembered for his work in the comedy genre, since humor is an element that is prominent in most of his films.

The cast is excellent in their roles, particularly Jean Arthur (Mr. Smith Goes to Washington) as an uptight congresswoman, Phoebe Frost, and Marlene Dietrich (The Blue Angel) as Erika Von Schluetow, a café singer who's the mistress of a Gestapo agent who's evaded capture. Both of these actresses deliver captivating performances, and the few moments they share are magical.

A few of A Foreign Affair’s memorable moments include a scene where Phoebe Frost pretends to be German and she’s accosted by two American soldiers vying for her attention who take her to an illicit German nightclub; a scene where Phoebe enlists Captain John Pringle in her search for information about Erika Von Schluetow and he distracts her by seducing her; and a scene where Erika uses a raid on the nightclub to humiliate Phoebe, who stands in the way of her relationship with John. Ultimately, A Foreign Affair is an extraordinary film that’s languished in the shadows for too long and is ripe for rediscovery.

A Foreign Affair gets a good release from Kino Lorber that comes with a strong audio/video presentation and an informative audio commentary, recommended. 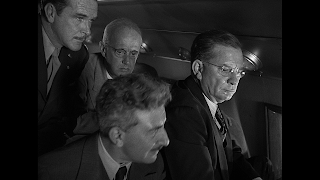 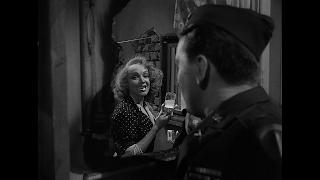 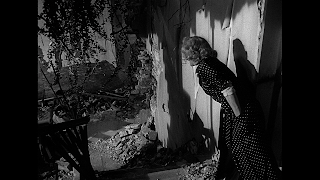 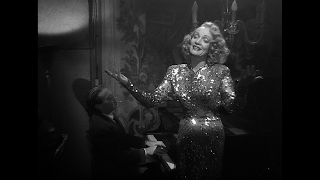 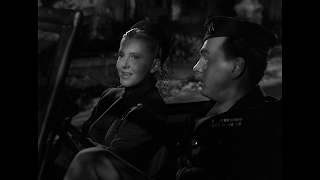 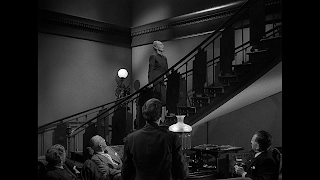 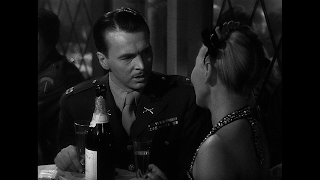 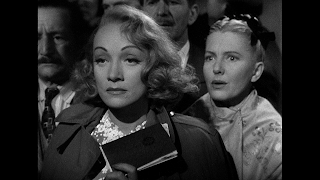 at June 07, 2022
Email ThisBlogThis!Share to TwitterShare to FacebookShare to Pinterest
Labels: A, Billy Wilder