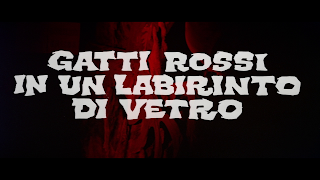 "Eyeball might just be the late, great Umberto Lenzi's greatest giallo! Gruesome and grueling, this torrid tale of a black gloved killer with a fetish for plucking out the peepers of his unlucky victims is a personal favorite of Pulp Fiction genius Quentin Tarantino and it is easy to see why. Boasting plenty of bloodshed and some beautiful Catalonian locations, Eyeball is a murder-mystery that stands up to the best of Mario Bava and Dario Argento and, with its messy arterial mayhem, even anticipates the later excess of such American slasher staples as Friday the 13th! Dare you open your eyes to Eyeball?" - synopsis provided by the distributor

Here’s the information provided about this release's transfer, "Brand New 2018 2K Transfer and Restoration with Extensive Color Correction exclusive to this Release."

The source used for this transfer is in great shape, and any source-related impressions are minimal. Color saturation, image clarity, and black levels are solid throughout, and the grain remains intact.

Umberto Lenzi is most known for his contributions to the Poliziotteschi and Giallo genres. Orgasmo, So Sweet So Perverse, A Quiet Place to Kill, Seven Blood-Stained Orchids, and Spasmo are among his notable films in the latter category. When released in America, many Italian genre films will be retitled by the distributor. Other titles that Eyeball was released under include Red Cats in a Glass Labyrinth, The Secret Killer, and Wide-Eyed in the Dark.

Though, Eyeball has the core elements that are synonymous with the Giallo genre. The result is a by-the-numbers film that brings nothing new to the genre. That said, at least when it comes to the murder set pieces, they are well executed. Most notably, a scene where a character unknowingly photographs the killer, which can uncover their identity. Another area where the murder set pieces stand out is gore, making them the most gory kills from Umberto Lenzi’s Giallo.

Unfortunately, outside of muted set pieces, Eyeball has more negatives than positives. And nowhere is this clearer than when it comes to a narrative that's padded with endless shots of tourists on vacation. That said, one area where the narrative is very effective is its use of flashbacks. Another strength is Bruno Nicolai’s score, which perfectly captures the mood.

Although the Giallo genre is not known for great performances, because most of the cast are hired for their good looks, this actually works in this genre's favor since most films are style over substance. And in the case of Eyeball, it features a rogues gallery of characters who are portrayed by recognizable Euro-cult and Italian genre cinema from the 1970’s. Notable cast members include Martine Brochard (The Violent Professionals) in the role of a woman named Paulette Stone who’s having an affair with her boss, John Richardson (Black Sunday) in the role of Paulette’s boss, and George Rigaud (The Case of the Bloody Iris) in the role of the all too familiar Giallo character, a priest.

What Eyeball lacks when it comes to its narrative, it more than makes up for with nudity and bloodshed. And though Eyeball is never going to be considered Umberto Lenzi’s defining film in the Giallo genre, it is still an entertaining film that indulges in its excesses. Ultimately, Eyeball is a film that Umberto Lenzi’s completists will get the most mileage out of.

Eyeball gets a first-rate release from 88 Films that comes with a strong audio/video presentation and a trio of informative extras, recommended. 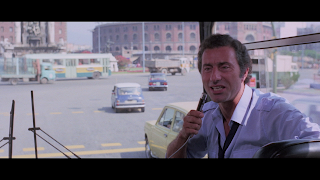 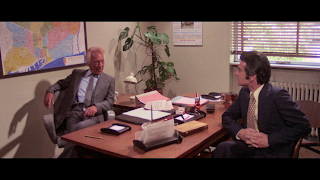 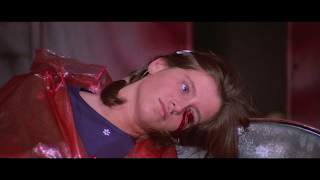 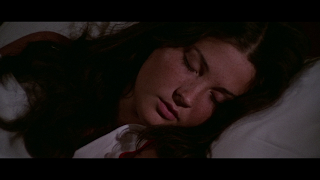 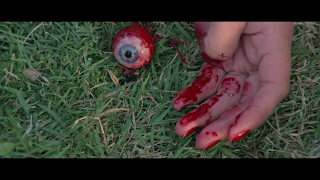 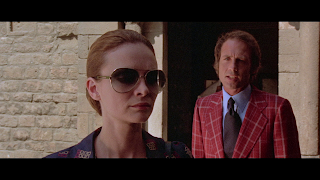 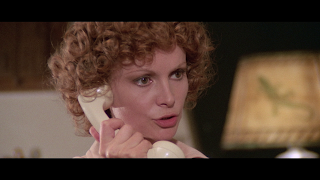 at May 20, 2022
Email ThisBlogThis!Share to TwitterShare to FacebookShare to Pinterest
Labels: E, Gialli, Umberto Lenzi