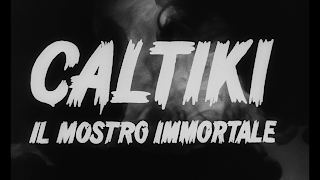 "A team of archaeologists led by Dr John Fielding (John Merivale, Circus of Horrors) descends on the ruins of an ancient Mayan city to investigate the mysterious disappearance of its inhabitants. However, the luckless explorers get more than they bargained for when their investigation of a sacrificial pool awakens the monster that dwells beneath its waters – the fearsome and malevolent god Caltiki." - synopsis provided by the distributor

Here’s the information provided about this release's transfer, "All restoration work was carried out at L'Immagine Ritrovata, Bologna. As the original camera negative for this film has been lost, an original 35mm combined dupe negative was deemed to be the best known element in existence. The material was scanned in 2K resolution on a pin-registered Arriscan with a wetgate and was graded on Digital Vision's Nucoda Film Master.

Thousands of instances of dirt, debris and scratches were removed through a combination of digital restoration tools. Overall image stability and instances of density fluctuation were also improved."

Considering the limitations of the source used for this transfer, the result is a transfer that far exceeds expectations. That said, details look crisp and the contrast and black levels remain solid throughout.

Italian cinema has had a long history of cannibalizing genres that were popular at the time and the premises of successful films from various countries around the world. And though just about every genre was exploited for all it was worth, for whatever reason, the sci-fi genre was the one genre that didn’t find that same level of success.

The premise of Caltiki, the immortal monster, clearly draws inspiration from The Quatermass Xperiment and The Blob. The premise is well executed, and pacing is never an issue as the narrative moves along quickly. Though there is a predictability to the story at hand, the main attraction is actually the blob-like entity that wreaks havoc. And nowhere is this more evident than when it comes to the superbly realized special effects.

The performances are best described as serviceable. With the most memorable performance being Gérard Herter's (The Big Gundown) in the role of Max Gunther, an archaeologist who becomes deranged after coming into contact with the mysterious blob-like entity. Other notable cast members include Giacomo Rossi Stuart (Kill Baby, Kill) and Daniela Rocca (Divorce Italian Style), in the role of Linda, the love interest of the deranged archeologist.

Visually, the film more resembles a Gothic horror film than a sci-fi film. And the visuals are filled with atmosphere, which does an excellent job of reinforcing the menacing tone of the film. Standout moments visually include the scene where the archaeologist goes looking for their missing college and they discover the blob-like entity. And the scene where the deranged archaeologist is devoured by the blob-like entity?

Caltiki, the Immortal Monster, gets an exceptional release from Arrow Video that comes with a solid audio/video presentation and an abundance of extra content, highly recommended. 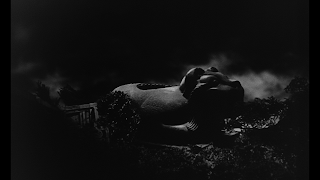 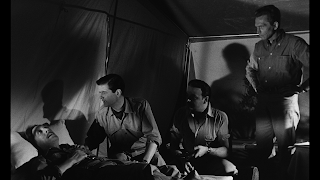 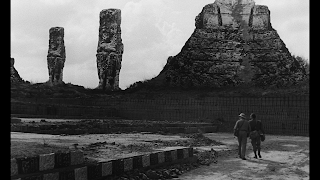 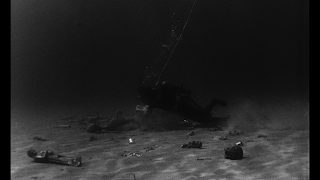 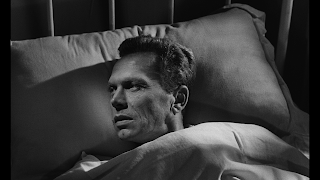 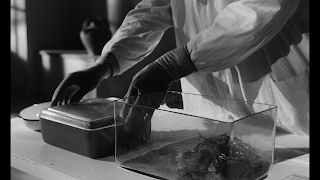 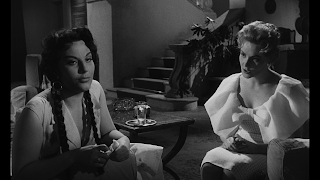 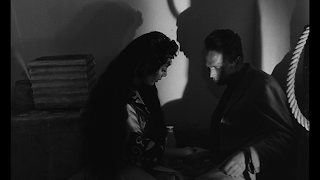