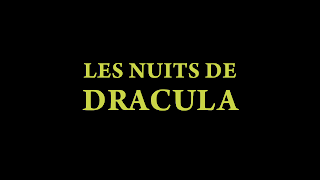 "In 1970, cult director Jess Franco and screen legend Christopher Lee collaborated on what they promised would be the most faithful adaptation of Bram Stoker’s novel ever filmed. From its remarkable performances – including Lee as the Count, Herbert Lom (MARK OF THE DEVIL) as Van Helsing, Soledad Miranda (VAMPYROS LESBOS) as Lucy, Maria Rohm (VENUS IN FURS) as Mina, and authentic madman Klaus Kinski as Renfield – to its lush locations and atmosphere of sinister sensuality, it remains perhaps the most spellbinding version of Dracula in movie history." - synopsis provided by the distributor

Here’s the information provided about this release's transfer, "re-mastered in high-definition for the first time ever."

I now own this film in three formats: VHS, DVD, and now this Blu-Ray release. This is by far and away the best that I have ever seen this film look. Colors have the right amount of vibrancy to them, flesh tones look accurate, contrast and black levels look strong throughout, and the image looks sharp. It should be noted that the Gypsy woman scene, which was missing from the Dark Skies DVD, has been reinstated for this release

This release comes with one audio option, a LPCM mono mix in English. There are issues with background noise or distortion, and the dialog comes through clearly. Range-wise, things sound very good and everything sounds balanced. Also, when it comes to the more ambient aspects of the soundtrack, things are well represented throughout and the score always sounds robust.

From 1968 to 1970, this would mark one of Jess Franco’s most productive and fruitful eras as a filmmaker. During these years, he would work with British producer Harry Alan Towers, who would give Franco some of his biggest budgets of his career. The casts for most of these productions would feature some of the biggest names in European cinema at the time, like Klaus Kinski, Christopher Lee, and Herbert Lom. All three actors would also participate in Jess Franco’s retelling of Bram Stoker’s Dracula.

Over the years, Dracula has been filmed many times. Despite the countless retellings, each version always had its own distinct take on the source material, and no matter what changes were made to the source, the end result is always like seeing an old friend you've seen hundreds of times.

By the time Jess Franco approached Christopher Lee about playing Dracula, his interest in playing this part, which had garnered him worldwide fame, had waned considerably. What changed Lee’s mind about playing Count Dracula one more time was how director Jess Franco wanted to approach the story and character the way Bram Stoker had written it.

Though Count Dracula lacks the abstract style that Jess Franco would later overuse in his subsequent films. Count Dracula still features some stellar photography and compositions, especially in the scenes where Dracula visits Lucy and drains her of her life and blood. The moments with Klaus Kinski rely heavily on his performance and not as much on the visual look of his surroundings.

Klaus Kinski does a remarkable job of playing Renfield that is on par with Dwight Frye’s memorable performance of the same character in Tod Browning’s 1931 version of Dracula. This cast is really good overall, with solid performances from Herbert Lom as Professor Van Helsing and Soledad Miranda in her first collaboration with Jess Franco as Lucy Westenra. Without a doubt, the performance that stands out is Christopher Lee's tour de force as Count Dracula. This time, Christopher Lee captures the essence of man, and the result is spellbinding.

Besides having a strong cast, Jess Franco also had at his disposal many of the sets and costumes that he had used or would use during his several collaborations with producer Harry Alan Towers. The score for this film was written by Bruno Nicolai, and his haunting arrangements perfectly complement Franco’s visual styles and moods. Ultimately, Jess Franco’s Count Dracula features one of Christopher Lee’s best performances of his career, which helps overcome the slower moments and familiarity that most will have with Bram Stoker’s original source material. 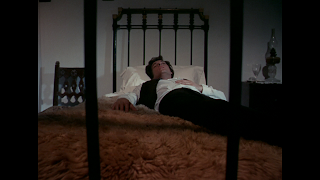 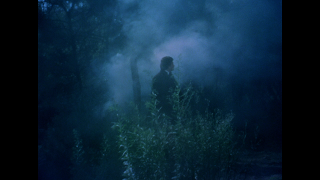 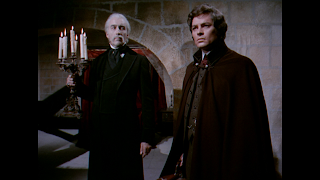 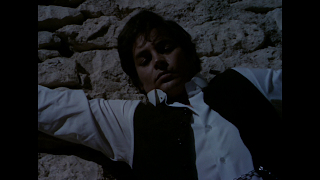 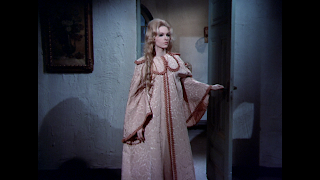 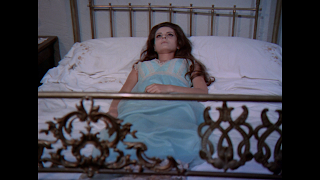 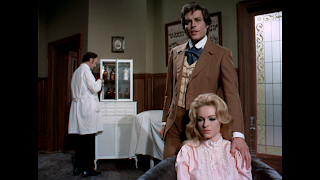 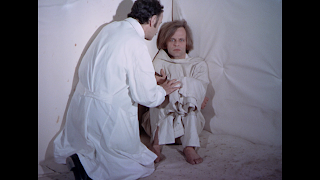