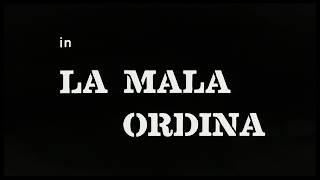 "When a shipment of heroin disappears between Italy and New York, a small-time pimp in Milan is framed for the theft. Two professional hitmen are dispatched from New York to find him, but the real thieves want to get rid of him before the New York killers get to him to eliminate any chance of them finding out he's the wrong man. When the pimp's wife and daughter are murdered in the course of the 'manhunt', he swears revenge on everyone who had anything to do with it." - synopsis provided by the distributor

The Italian Connection comes on a 25 GB single layer Blu-ray.

No information is given about the source. And though the source looks very clean, The result is a lackluster transfer that at times looks over-processed. Needless to say, there’s nothing filmic about this transfer.

This release comes with two audio options: a DTS-HD Mono mix in English and a DTS-HD Mono mix in Italian. Both audio mixes sound clean, clear, and balanced throughout. Though the range is rather limited at times, the more action-oriented and ambient aspects of the soundtrack fare really well. Included with this release are removable English subtitles.

Extras for this release include a text-based biography and filmography for Fernando Di Leo, a photo gallery, and a documentary titled Documentary: The Roots of the Mafia (20 minutes 36 seconds, Dolby Digital stereo Italian with non-removable English subtitles).

The Italian Connection (aka Manhunt) is the second film in a trilogy of films known as The Milieu Trilogy. The other two films in this trilogy are Caliber 9 (a.k.a. Milan Caliber 9) and The Boss (a.k.a. Wipeout!). The Italian Connection was co-written and directed by Fernando Di Leo, whose other notable films include Naked Violence, Slaughter Hotel, and Being Twenty.

Content-wise, what The Italian Connection lacks in ambition, It more than makes up for it with its raw, down-to-basics take on the story at hand. The plot is kept simple. Two hit men and a pimp are on a mission to meet in the film’s finale. In between, there is a lot of cat and mouse foreplay happening as the two hit men always find themselves. They're only one step behind the elusive pimp they've been hired to look after. While there are a few violent sequences, the overall tone is light. They are more brawls. Then out and out bloodletting.

The pacing is reasonably brisk. There were no lulls or moments that brought things to a standstill. The action sequences are all top-notch. With the film’s finale in a car junk yard and a scene in which Luca fights with another man while hanging from the hood of a van, They are the most memorable moments in this film. Casting wise, this film features a superb cast. With Henry Silva (The Manchurian Candidate) and Woody Strode (Once Upon a Time in the West) in the roles of the two hit men. The film’s standout performance comes from Mario Adorf (The Bird with the Crystal Plumage) in the role of Luca, a small-time pimp. Other notable cast members include Femi Benussi (The Killer Must Kill Again), Adolfo Celi, and Luciana Paluzzi (Thunderball). Overall, The Italian Connection is a well-made exploitation film that does not miss a beat.

Raro Video’s The Italian Connection Blu-ray release has a mediocre transfer that leaves a lot of room for improvement. 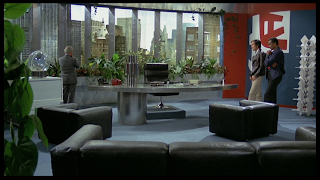 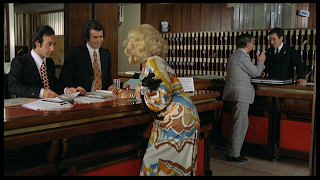 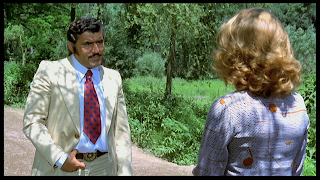 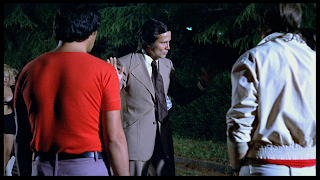 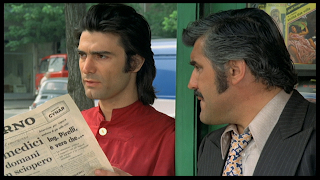 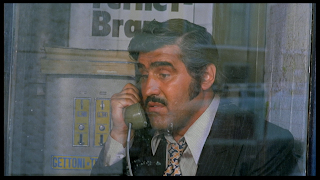 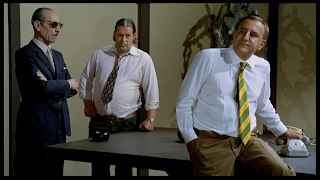