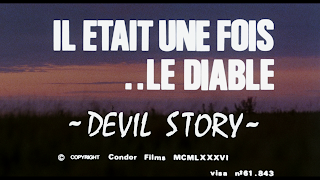 "A young couple, on vacation in the French countryside, decide to stay the night at a spooky old castle, after their car breaks down. Despite being warned about the local legend of a cursed ship which crashed into the nearby cliffs, the wife ventures out into the wild, only to find herself having to fend off a Nazi uniformed mutant, his Gypsy mother, a rogue mummy, a horse possessed by the devil, and more!" - synopsis provided by the distributor

Here’s the information provided about this release's transfer, "Newly scanned & restored in 4k from its 35mm original camera negative."

This is another solid transfer from Vinegar Syndrome. Colors are nicely saturated, details look crisp and black levels are strong.

Though the premise for Devil Story covers familiar ground, a circle narrative in which characters find themselves in what’s best described as purgatory. What lies within is a truly odd cinema experience that has too be seen too be believed. That said, though there is a linear narrative, there’s a lot of screaming and grunting and dialog is minimal.

Content wise, the closest thing that resembles Devil Story would be the cinema of Jean Rollin. And though Devil Story is lacking when it comes to eroticism. It's in other areas where the Jean Rolling connection can-be found. Most notably, its slow-moving narrative that relies more on atmosphere than exposition.

From a production standpoint, Devil Story has all the hallmarks of a Z-grade film. Fortunately, Devil Story takes full advantage of its anemic resources. Also, though the special effects look crude, they actually work in Devil Stories favor.

Devil Story makes its way to Blu-ray via a first-rate release from Vinegar Syndrome that comes with a strong audio/video presentation and a trio of informative extras, recommended. 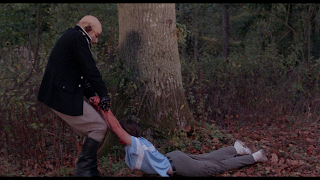 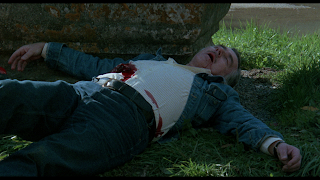 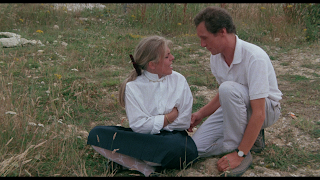 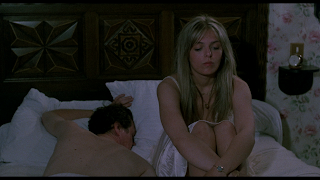 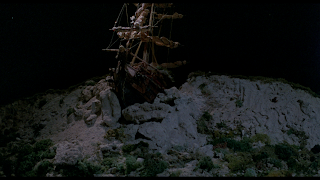 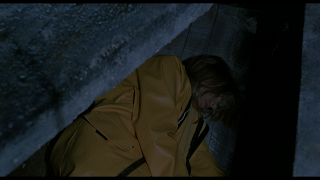 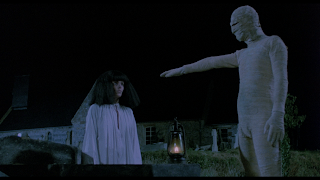 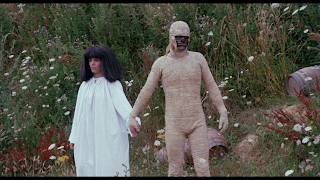 at September 24, 2021
Email ThisBlogThis!Share to TwitterShare to FacebookShare to Pinterest
Labels: D