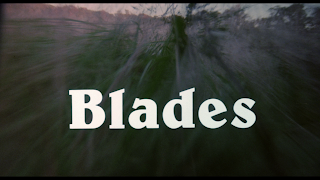 "The Tall Grass Country Club offers its members a luxury getaway, with all the best in sport and relaxation. But when a mangled body is discovered on the club’s prized golf course, right before a nationally televised tournament, panic ensues at the possibility of a killer on the loose, and even worse, that the death might cause some bad press. Enlisting the expertise of Roy, a has been golf pro, along with disgruntled pro-hopeful, Kelly, to unmask the culprit behind the carnage, the club’s hard nosed owner soon finds himself with even bigger problems when additional victims begin to turn up, and all signs point to the killer being an out of control, bloodthirsty lawn mower!" - synopsis provided by the distributor

Here’s the information provided about this release's transfer, "Newly scanned & restored in 2k from its 35mm original camera negative."

This release comes with one audio option, a DTS-HD stereo mix in English and included with this release are removable English SDH subtitles. This audio mix sounds great, dialog always comes through clearly, everything sounds balanced, ambient sounds are well-represented and the score sounds robust.

Though cinema has a long tradition of films referring to other films. Most of these references fall into two categories, films that are paying homage or films that satirize. Case in point Blades, a film that falls into the latter-category.

If Blades poster art does not give away what film it is directly satirizing. Its opening moments make it abundantly clear. Blades is a send up of Jaws. It takes many elements from Jaws and moves action from the sea to the land. Also, there are many instances where Blades takes moments from Jaws.

From a production standpoint, the premise is well-executed and the narrative does a job balancing humor, and mayhem inflicted by a killer lawn mower. The special effects exceed expectations and the murder set pieces are sufficiently gory. Also, the cast's enthusiastic performance is Blades greatest asset. Ultimately, Blades is a highly entertaining send up of Jaws that fans of parodies are sure to thoroughly enjoy.

Blades makes its way to Blu-ray via a first-rate release from Vinegar Syndrome that comes with a solid audio/video presentation and a pair of insightful extras, recommended. 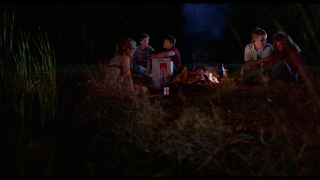 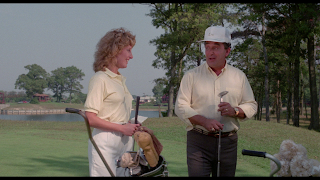 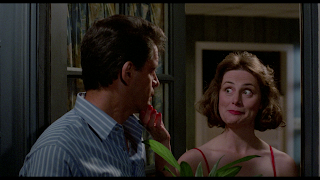 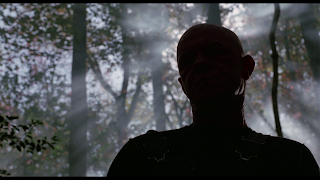 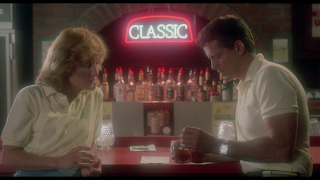 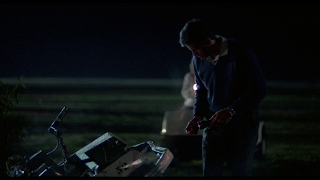 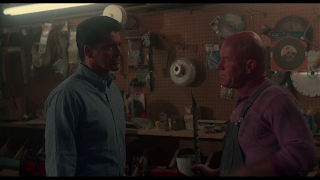 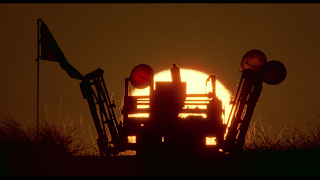 at September 24, 2021
Email ThisBlogThis!Share to TwitterShare to FacebookShare to Pinterest
Labels: B