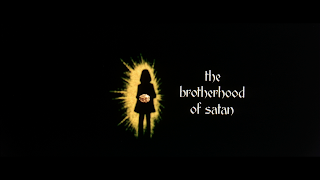 "A small rural town and a family of outsiders, both trapped in the demonic grip of... The Brotherhood of Satan! Recently widowed Ben, his glamourous girlfriend Nicky and his small daughter K.T. are on a road trip across the Southwest, which comes to a screeching halt when they witness an accident. Heading to the nearby isolated desert town of Hillsboro to report it to the Sheriff (played by Jones), they are met with a hostile reaction from the locals, who are gripped by paranoia and fear due to a series of gruesome deaths, as well as the mysterious disappearance of eleven of the community's children. As the bodies continue to pile up around them, Ben and his family find themselves joining the sheriff, a local priest and the town's enigmatic physician Doc Duncan (Strother Martin, Cool Hand Luke) in the midst of a mystery that points towards a deadly satanic cult..." - synopsis provided by the distributor

Here’s the information provided about this release's transfer, “The High-Definition master was produced and supplied by Sony Pictures.”

The Brotherhood of Satan comes on a 50 GB dual layer Blu-ray.

The source used for this transfer is in great shape and most print related debris is during the opening credits. Colors are nicely saturated, details look crisp, contrast and black levels look strong throughout. Also, though this transfer appears to come from the same source Mill Creek used for their 2013 Blu-ray. The result is a much stronger encode that looks better in every way.

This release comes with one audio option, a LPCM mono mix in English and included with this release are removable English SDH subtitles. This audio track is in great shape, there are no issues with hiss or distortion, dialog comes through clearly and everything sounds balanced. That said, though this audio track has limitations range wise, ambient sounds and score are well-represented.

Though there’s a tendency for horror films to go big in their opening moments. Sometimes bigger is not better, since they're far too many films fail to match intensity from their grandiose openings. With the most enduring horror films being the ones that keep up an intensity that build to a crescendo.

From a production standpoint, the premise is superbly realized, the narrative does a solid job maintaining tension and the finale is a perfect coda to the events that have unfolded. Also, the visuals are overflowing with atmosphere and the cast are all great in their respective roles, especially Strother Martin’s (Cool Hand Luke) performance that ranges from gentile to menacing. Ultimately, The Brotherhood of Satan is a text-book example of how to make a low-budget film that exceeds its limited resources. 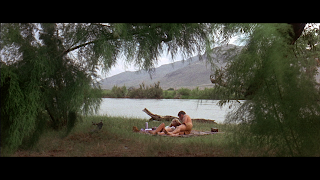 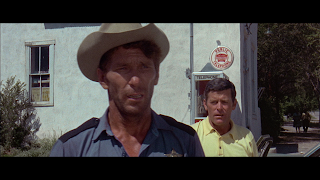 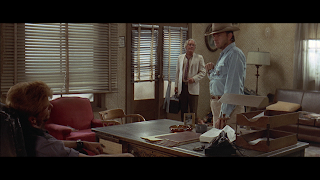 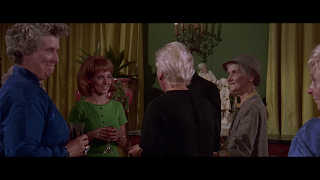 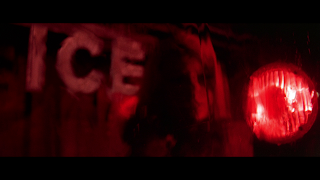 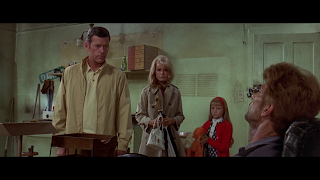 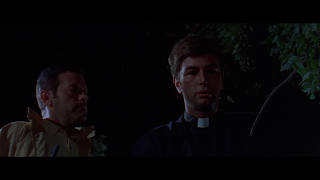 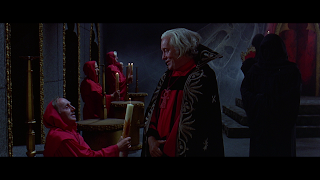 Email ThisBlogThis!Share to TwitterShare to FacebookShare to Pinterest
Labels: T