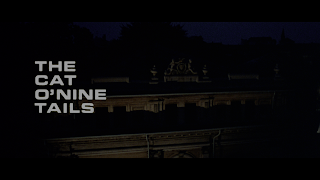 "When a break-in occurs at a secretive genetics institute, blind puzzle-maker Franco Arnò (Karl Malden, Patton, One-Eyed Jacks), who overheard an attempt to blackmail one of the institute's scientists shortly before the robbery, teams up with intrepid reporter Carlo Giordani (James Franciscus, Beneath the Planet of the Apes) to crack the case. But before long the bodies begin to pile up and the two amateur sleuths find their own lives imperiled in their search for the truth. And worse still, Lori (Cinzia De Carolis, Cannibal Apocalypse), Franco's young niece, may also be in killer's sights... " - synopsis provided by the distributor

Here’s the information provided about the transfer, "a brand new 4K restoration of the film from the original camera negative."

As mentioned before this new release from Arrow Video uses the same source used for their 2018 Blu-ray. And the result is a transfer that tightens up what was already a solid transfer. Most notably, shadow detail, black levels and image clarity.

Dario Argento is sometimes referred to as the Italian Alfred Hitchcock, though his style more resembles Brian De Palma’s. The Cat O’ Nine Tails was Dario Argento’s second film and it was part of his Animal Trilogy. The other two films’ in this trilogy are The Bird with the Crystal Plumage and Four Flies on Grey Velvet. Ennio Morricone composed the scores for these three films known as the Animal Trilogy.

While most of his contemporaries were working on shoe string budgets, Dario Argento’s resources were much larger because of his father producer Salvatore Argento. And because of this Dario Argento was able to hire American stars giving his production a more international appeal?

Dario Argento has referred to The Cat O’ Nine Tails, as his least favorite film as a director. And though, The Cat O’ Nine Tails doesn’t have the gore and violent set pieces, that have become synonymous with his later giallo’s. It more than makes up for its lack of visceral tone with its lush visual style.

The Cat O’ Nine Tails is arguably one of Dario Argento’s more experimental films. It was only his second film as a director and he was still finding himself as a filmmaker. In The Cat O’ Nine Tails he uses several visual motifs, that he would return to many times throughout his career. Most notably, a shot of the killers’ eyeball and a subjective POV camera that stalks its victims, while concealing the killer's identity.

James Franciscus is laid back in the role of Carlo Giordani and Karl Malden in the role of Franco Arno, conveys a great deal of emotion through his facial expressions and his tone of voice. They make a great team and both actors deliver solid performances.

Dario Argento’s previous film The Bird with the Crystal Plumage, featured a more structured story-line, while The Cat O’ Nine Tails moves from one event to the next in a more fractured way. Ennio Morricone’s score starts off sweet, before transcending into some of his darkest jazz improvisations. Ultimately, though The Cat O’ Nine Tails is not one of Dario Argento’s more popular films, still it is a fascinating giallo unlike anything Dario Argento had done before or since. 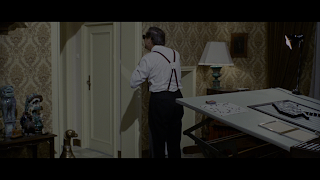 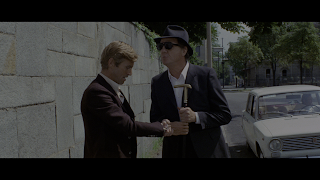 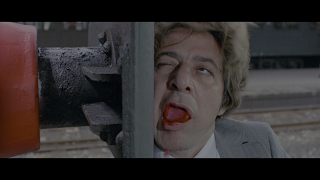 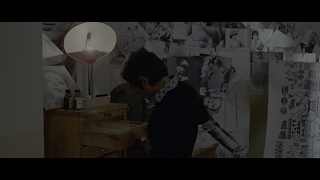 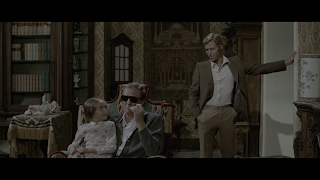 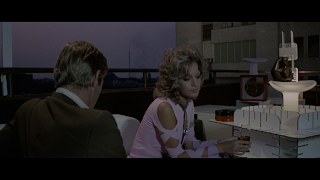 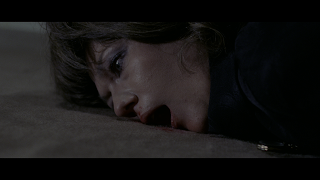 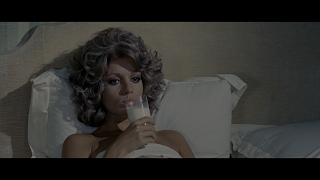 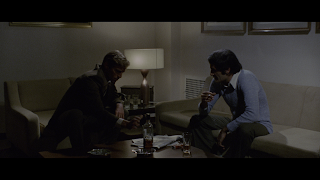 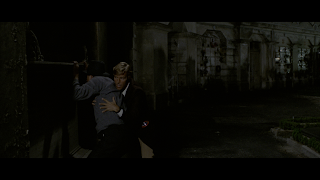 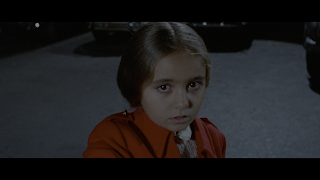 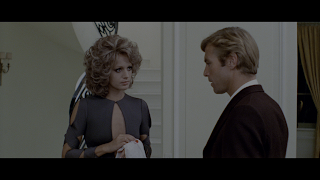