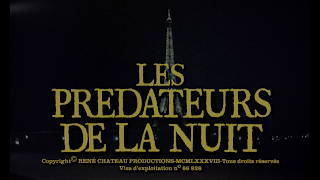 "a glossily depraved tale of disfigurement, dismemberment, libidinous brutes, Nazi surgeons, Paris discos, face-ripping, throat-stabbing, eyeball-piercing and what may be Uncle Jess’ most rewardingly ambiguous ending ever." - synopsis provided by the distributor

Here’s the information provided about this release's transfer, "now scanned for the first time in 4K from the original negative ."

The source used for this transfer looks great, and it is easily a marked improvement over Shriek Show’s 2004 DVD release. That said, colors are vivid and nicely saturated, flesh tones look correct, image clarity and black levels are solid, and there does not appear to be any digital noise reduction.

The Blu-ray that comes with this release also looks great. That said, the 4K UHD transfer looks stronger in every way when compared to the Blu-ray’s transfer.

Other extras include a limited-edition slipcover.

Jess Franco is the type of filmmaker whose films have to be watched when in the right frame of mind. And though he would have been the first to criticize his own work, there’s no denying that when he was on, he was able to deliver memorable cinema that continues to lure in the uninitiated into the addictive world of Jess Franco.

With a film like Faceless, Jess Franco would return to his horror roots, albeit with a more modern twist that was clearly inspired by the slasher film genre, which rose to prominence in the 1980’s. Besides the Slasher film, another clear influence is Georges Franju's Eyes Without a Face.

Faceless differs from the films Jess Franco made from 1971 to 1987 in that it has a large budget, at least for a Jess Franco film. With Faceless Jess Franco, he would be given the type of resources he had not had since working with Harry Alan Towers.

From a production standpoint, Jess Franco takes full advantage of the resources at his disposal. Though the visuals don’t have his usual hallmarks, like an overuse of zooms, he is still able to create some arresting moments visually. The special effects, though dated by today's standards, actually hold up well. Also, the kill scenes have an ample amount of gore. A few of the kills include a needle in the eye, skin removal during the operation scenes, and a power drill in the head. The weakest link in Faceless is its 1980’s pop music score. The main theme sounds like a Wham! clone. Ultimately, Faceless is a well-made horror film that far exceeds the sum of its parts.

Faceless gets an excellent release from Severin Films that comes with a solid audio/video presentation and an abundance of insightful extras, highly recommended. 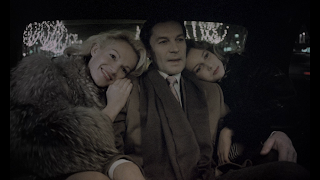 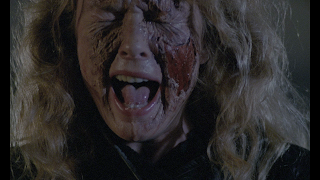 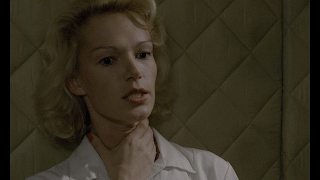 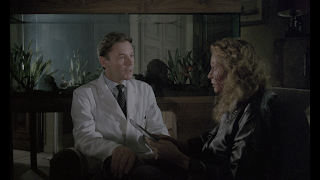 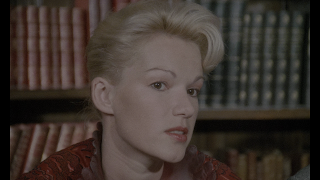 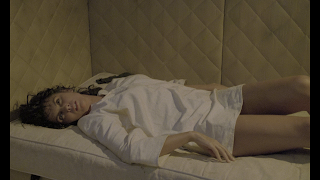 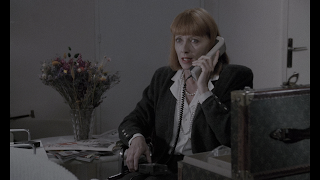 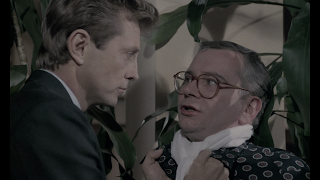 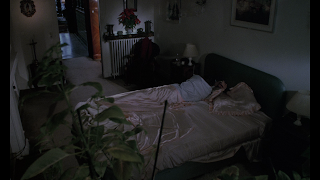 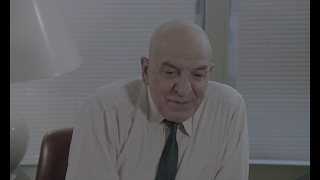 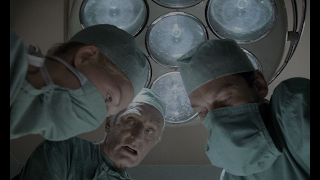 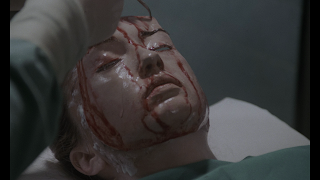