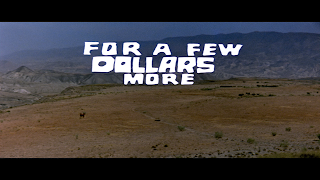 Over the years, Sergio Leone's films have been treated poorly on home video. Nowhere is this clearer then how inconsistent the audio and video has been since the first time his films got released on home video. Another shortcoming of Sergio Leone’s films on home video is that most of these releases represent versions that alter his original vision. Fortunately in recent years there has been a raised awareness to finally restore his films the way they he intended them to be seen.

Here’s the information provided about this release's transfer, “The Complete Restored Edit of For a Few Dollars with Extensive Shot-by-Shot Color Grading.”

For a Few Dollars More comes on a 100 GB triple layer 4K UHD.

Though Kino Lorber released For a Few Dollars on Blu-ray in 2019, I have not seen that release. The only For a Few Dollars Blu-ray release that I have seen is MGM’s 2011 Blu-ray. That said, for this release, Kino Lorber has done additional work to the source, and the transfer for the Blu-ray included as part of this combo comes from the new transfer that’s being used for the 4K UHD disc.

This new transfer from Kino Lorber is another winner that those familiar with For a Few Dollars More should be very satisfied with. Image clarity is solid, black levels are consistently strong, there are no complaints when it comes to color saturation, and the image retains an organic look that is free of any digital tinkering.

For a Few Dollars More comes on a 50 GB dual layer Blu-ray.

This release comes with two audio options, a DTS-HD 5.1 mix in English and a DTS-HD mono mix in English. It should be noted that this release features a newly corrected mono track. For this review, I only listened to the DTS-HD mono mix for this review. The DTS-HD mono mix is in excellent shape; dialog comes through clearly, everything sounds balanced, ambient sounds are well-represented, and Ennio Morricone’s score sounds appropriately robust. The 5.1 track is the same track that Kino Lorber used on their earlier Blu-ray release. Included with this release are removable English subtitles.

Other extras on the Blu-ray disc include trailers for A Fistful of Dollars, The Good, the Bad and the Ugly, A Fistful of Dynamite (Duck, You Sucker!), and Death Rides a Horse.

Other extras include a limited-edition slipcover.

After the success of A Fistful of Dollars, the film's producers would convince Sergio Leone to direct a sequel. For a few dollars more, you would also see Clint Eastwood return as the man with no name. We were a Fistful of Dollars was about an outsider stirring up trouble between two rival clans. A few dollars more would shift its focus to the world of bounty hunters. This time around, Sergio Leone would put together a solid cast of veteran character actors like Lee Van Cleef, Gian Maria Volonté, and Klaus Kinski, and with more time and money than he had before, he would craft For a Few Dollars More, what is arguably the best film in The Man With No Name Trilogy.

Clint Eastwood and Gian Maria Volonté are both carried over from A Fistful of Dollars and are essentially playing the same parts, only they are more comfortable in their roles this time. Lee Van Cleef is the new man on the scene, and as Colonel Mortimer, he embodies cool. One scene stands out, where Colonel Mortimer uses Klaus Kinski’s character's hunchback to light a match. Sergio Leone shows substantial growth as a filmmaker. He plays with every Western cliché, even inventing a few new ones as he further develops his style.

For a Few Dollars More's narrative moves at a leisurely pace, even by Sergio Leone’s own standards, with long drawn out scenes and the deliberate movement of characters, with their stylized posturing, adding an aura to the characters. Ennio Morricone also returns, and he not only expands on musical ideas from A Fistful of Dollars, but his score is more avant-garde as he uses twangs and similar punctuation marks at every opportunity. The flashback sequence in which Ennio Morricone uses an organ score, pocket watch, and string effects to accentuate Indio’s madness as he murders Colonel Mortimer’s sister takes the scene to another level, and in the hands of a lesser composer, the impact of the scene might have been lessened.

There is a lot of killing as bullets fly and bodies hit the floor. And yet, through all this carnage, Sergio Leone manages to show very little blood. My favorite scene has to be Indio’s final flashback. Ennio Morricone’s music and Gian Maria Volonté's tragic performance get me every time. Sergio Leone found success with A Fistful of Dollars. This time around, he was more confident he would hit the mother load with For a Few Dollars More, crafting one of the truly great westerns ever made.

For a Few Dollars More makes its way to 4K UHD via an excellent release from Kino Lorber that has never looked or sounded better, and it comes with a wealth of informative extras, highly recommended. 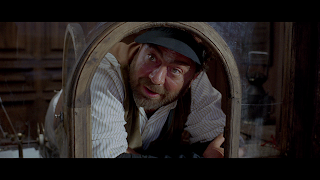 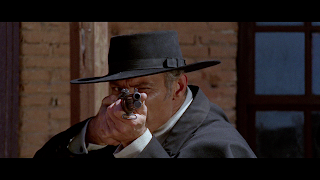 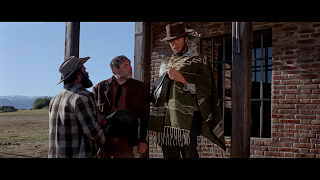 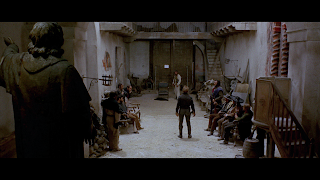 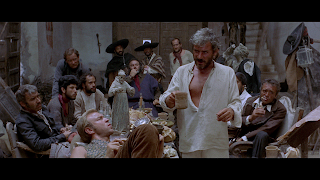 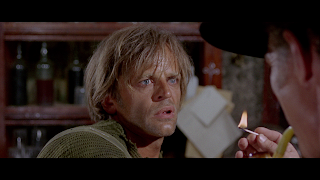 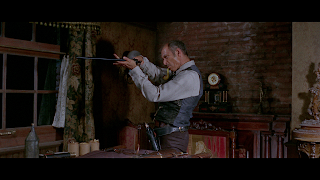 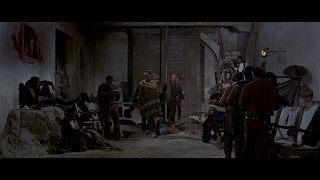 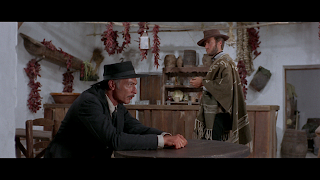 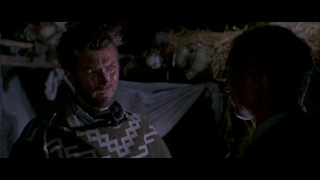 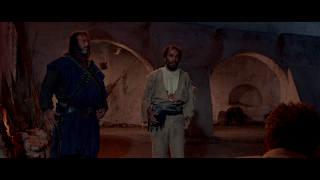 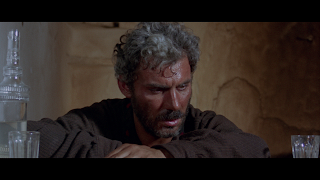