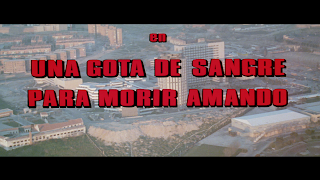 "In a violent, dystopian consumer-fed future, David (Chris Mitchum - Summertime Killer) blackmails nurse Ana (Sue Lyon - Stanley Kubrick’s Lolita) after witnessing her commit a murder. When Ana and Victor (Jean Sorel - Perversion Story) discover David is a known gang member with an extensive criminal past, they make a plan to turn the tables and use him for their own clandestine purposes." - synopsis provided by the distributor

Here’s the information provided about this release's transfer, "2K restoration of the Spanish Producer's cut from the negative."

Murder in a Blue World comes on a 50 GB dual layer Blu-ray.

The source used for this transfer is in excellent shape. Colors look vivid, image clarity and black levels are solid, and grain remains intact.

This release comes with two audio options, a LPCM mono mix in English and a LPCM mono mix in Spanish. Both the audio mixes are in great shape; the dialog always comes through clearly, the ambient sounds are well-represented, and the score sounds appropriately robust. Included with this release are two subtitles: English subtitles for the Spanish language track and English SDH subtitles for the English language track.

The thing that immediately grabs you while watching Murder in a Blue World is its obvious connection to Stanley Kubrick’s A Clockwork Orange. Both films take place in a dystopian future where violent gangs terrorize law-abiding citizens, and to combat the violence, the government has devised a strategy that is designed to cure violent individuals of their ability to commit violence. If this scenario sounds familiar, that is because it mirrors many elements from A Clockwork Orange’s story. That said, there is a subplot which revolves around a character named Ana Vernia, a nurse whose own story intersects with that of a member of a violent gang. This part of the story has no connection to A Clockwork Orange.

Another connection that Murder in a Blue World has to Stanley Kubrick is its lead actress, Sue Lyon, who appeared in his film Lolita in the role of the protagonist. Casting her in the role of Ana Vernia can be seen as a meta moment. This is just one of many meta references in Murder in a Blue World. Also, there is a sequence where her character is reading Vladimir Nabokov’s novel Lolita as she’s disguised as an elderly woman. She does a superlative job portraying an angel of mercy-like character. Another area where this role allows her to spread her wings as an actress is how her character throughout the film assumes other personas that allow her to get close to her victims.

Besides Sue Lyon’s performance, the rest of the performances are best described as serviceable. The only other performance that leaves a lasting impression is Christopher Mitchum (Summertime Killer) in the role of David. Another actor of note is Jean Sorel (Short Night of the Glass Dolls).

If all you see when watching Murder in the Blue World is a knockoff of A Clockwork Orange, then you were not paying attention. But there are many meta moments that reference A Clockwork Orange and Stanley Kubrick. The result is a multilayered film that’s much deeper than your run of the mill knockoff film. That said, Murder in a Blue World, like most of Eloy de la Iglesia’s films, is a cerebral cinema experience that’s filled with subtext.

Murder in a Blue World makes its way to Blu-ray via an experimental release from Cauldron Films that comes with a solid audio/video presentation and a wealth of insightful extras, highly recommended. 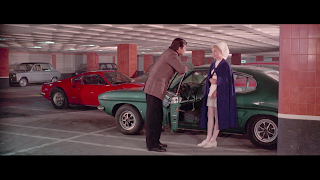 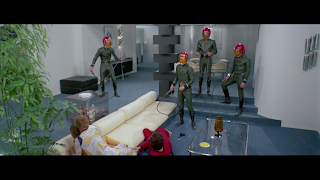 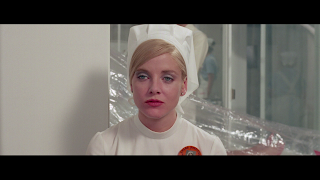 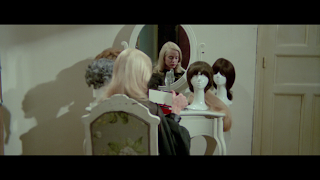 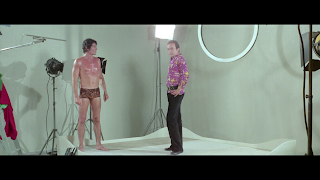 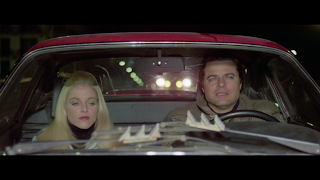 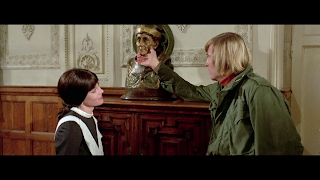 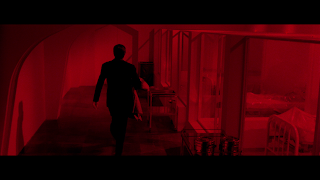 at May 23, 2022
Email ThisBlogThis!Share to TwitterShare to FacebookShare to Pinterest
Labels: Eloy De La Iglesia, M