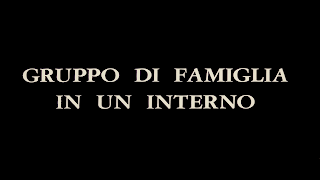 "A retired American professor (Lancaster) lives a solitary and luxurious life in a house in Rome. His world takes an unexpected turn when he is forced to rent part of his house to a countess and her companions: a lover, a daughter and the daughter’s boyfriend. Forced into interaction with the unruly younger group, the professor’s growing fascination begins to stir the possibilities of a life he had previously kept at arm’s length." - synopsis provided by the distributor

Here’s the information provided about the transfer, "1080p transfer of the film from a brand new 2K restoration."

This release comes with two audio options, a LPCM mono mix in English and a LPCM mono mix in Italian. Both the audio mixes are in great shape; the dialog comes through clearly, and everything sounds balanced and robust when it should. Included with this release are two subtitle options, English subtitles for the Italian language track and English SDH subtitles for the English language track.

From the moment of his arrival in 1943, Luchino Visconti has been a filmmaker who has infused his films with themes that were near and dear to him. And in return, many of his films have been singled out for the way in which they embrace controversy. With that being said, to simply say that he went out of his way to court controversy would be a great disservice to the layers of rich subtext that pervade every film in his cinematic canon. While there are a few instances where his use of subtext comes across as heavy handed, for the most part, it is done so subtly that the majority of his films require multiple viewers to fully absorb everything that is going on.

Thematically, Conversation Piece draws from many of the obsessions that time and again cropped up in his films, most notably decadent behavior and classism. Other themes that play an integral part in the story at hand include solitude and lack of communication. Right from the get go, Conversation Piece reinforces its message of "lack of communication" by the way in which it shows that no matter how alike people look on the surface, upon closer inspection, they are actually greatly divided. It is also this examination of deception that proves to be this film's greatest asset.

Whereas the majority of Luchino Visconti's films are known for their grandeur, Conversation Piece was the antithesis, with the bulk of the film taking place in one location. And while limiting a film that is primarily dialog-driven to one primary location could have been a disaster, this decision actually proves to be an inspired one, since it reinforces all of this film's main two main themes: solitude and lack of communication. Also, despite any aforementioned limitations due to lack of locations, there is actually a tremendous amount of visual substance on display throughout.

Being that Conversation Piece is a dialog-driven melodrama, it should not come as a surprise that the performances in Conversation Piece are exceptional. Performance wise, Conversation Piece is anchored by Burt Lancaster’s (The Leopard) in the role of the retired American professor. The film's story is told through the eyes of his character, and he gives an utterly convincing performance that resonates long after the film’s haunting coda. Another performance of note is Helmut Berger (The Secret of Dorian Grey) in the role of the flamboyant "kept man", whose mistress gets him the apartment above the retired American professor.

Conversation Piece gets a first-rate release from Eureka Video that comes with a transfer that is superior to Raro Video's abominable transfer for their Blu-ray release. Also, Eureka Video’s release comes with a trio of informative extras, highly recommended. 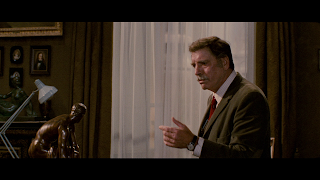 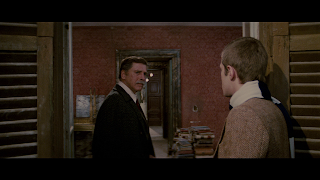 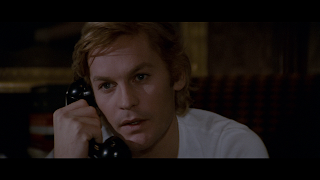 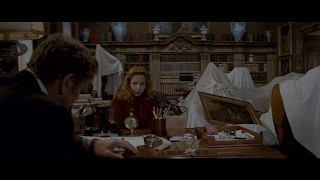 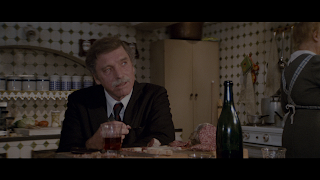 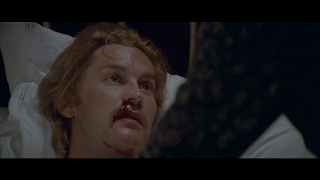 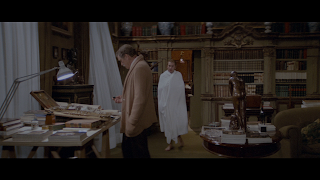 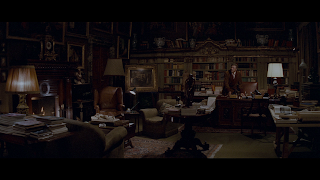 at May 25, 2022
Email ThisBlogThis!Share to TwitterShare to FacebookShare to Pinterest
Labels: C