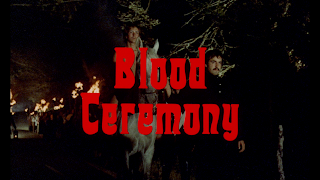 "In 19th century Europe, the people are in the grip of ancient superstitions and the fear of vampires runs riot through the land. Strange rituals are enacted to seek out the resting places of the undead and macabre trials are held over disinterred corpses. The Countess barely notices what is going on. She is more concerned that her beauty is fading and that her husband seems only interested in his birds of prey and observing the behavior of the superstitious locals.

Her faithful lady's companion tells the Countess that there are ways to reignite her husband's passion - and also ways to preserve her looks. She reminds the Countess of her ancestor, the notorious Erzebeth Báthory, who bathed in the blood of virgins to maintain her youth. The Countess is unsure, but then one day the blood of a servant girl drips onto her hand and she is convinced that her skin has become whiter as a result. Soon she is searching for more blood and to her surprise, her husband becomes the one to provide it for her." - synopsis provided by the distributor

The source used for both versions is in excellent shape. Colors are nicely saturated, image clarity and black levels are solid, and the grain looks organic.

It doesn’t take too much imagination to quickly see where Blood Ceremony's narrative is heading. The narrative inches along before it gets to the meat of the story. Fortunately, the final act and the climax are exceptional, and they more than make up for the sluggish start.

Though Blood Ceremony is not a particularly violent film, there is an ample amount of blood that flows. Visually, the most enticing moment is a scene where the countess’s husband has just slit a virgin’s throat and her blood drips from above over the countess’s naked flesh.

Performance wise, all of the cast are very good in their respective roles, especially Lucia Bosé (Story of a Love Affair) in the role of Countess Erzsebet Bathory. She delivers a mesmerizing performance that perfectly captures her character's essence. Another performance of note is Espartaco Santoni (Violent Blood Bath), in the role of the countess’s husband. That said, the only disappointing casting/performance is that of Ewa Aulin (Death Laid an Egg), who’s not given enough time to work and has been cast in a role opposite to the ones she is more known for.

Blood Ceremony makes its way to Blu-ray via a solid release from Mondo Macabro that comes with two versions of the film and a wealth of insightful extras, highly recommended. 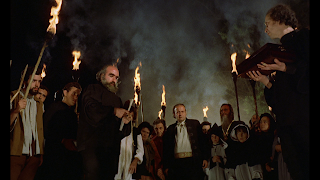 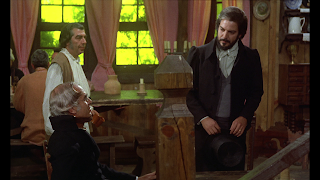 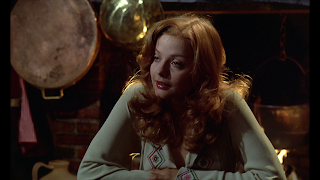 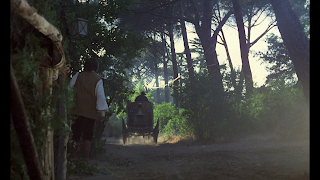 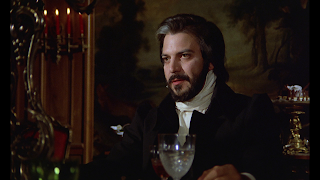 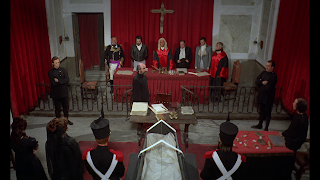 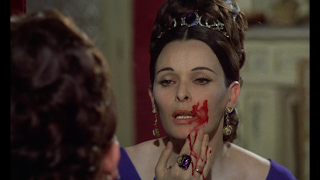 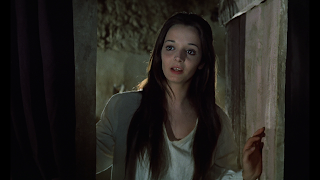 at April 30, 2022
Email ThisBlogThis!Share to TwitterShare to FacebookShare to Pinterest
Labels: B, Jorge Grau