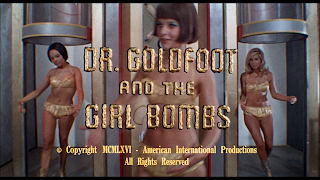 "The great Vincent Price (Madhouse) is back as Dr. Goldfoot and no man is safe from his army of irresistible bombshell robots… not even N.A.T.O. generals! Goldfoot’s gorgeous robots are loaded with lovemaking explosives – their mission: ignite war between the U.S. and the Soviet Union. Goldfoot is one general shy of global domination and with the ravishing Rosanna (Laura Antonelli, Malicious) as his secret weapon; it’s just a matter of time. Now, it’s up to secret agent Bill Dexter (Fabian, Thunder Alley) to keep the general and the world safe from the diabolical Dr. Goldfoot and his sexy robots." - synopsis provided by the distributor

Dr. Goldfoot and the Girl Bombs comes on a 25 GB single layer Blu-ray.

Colors and flesh tones look accurate, black levels fare well, and the image generally looks crisp. Also, the source used for this transfer is in very good shape. That said, the opening credits and stock footage do not look as good as the bulk of the transfer.

This release comes with one audio option, a DTS-HD mono mix in English. There are no issues with background noise or distortion; the dialog comes through clearly and everything sounds balanced. Also, when it comes to the more ambient aspects of the soundtrack, they are well represented and the film’s score sounds robust.

Extras for this release include an image gallery with music from the film playing in the background, a theatrical trailer for Dr. Goldfoot and the Girl Bombs (2 minutes 8 seconds, DTS-HD mono English, no subtitles) and an audio commentary with film historians David Del Valle and David DeCoteau.

Other extras are trailers for Dr. Goldfoot and the Bikini Machine, House of the Long Shadows, and "Trailers from Hell" with filmmaker Mick Garris, who provides a brief overview of the cast and crew and other information related to Black Sabbath.

The original English language title for Dr. Goldfoot and the Girl Bombs was The Spy Came from the Semi-Cold and this title is a literal translation of the film’s Italian language title, Le spie vengono dal semifreddo. It should be noted that this film was re-edited, re-scored, and new scenes were added for the film’s American release, which is also about seven minutes shorter than the Italian language version.

And though the premise follows many of the same elements as Dr. Goldfoot and the Bikini Machine, The only real connection between these two films is their star, Vincent Price, who played the role of Dr. Goldfoot. The most egregious addition to Dr. Goldfoot and the Girl Bombs was the addition of Franco Franchi and Ciccio Ingrassia (002 Operation Moon). This comedic duo was dubbed the Italian Abbot and Costello. Their characters were made prominent, and sadly, their brand of comedy did not translate well outside of Italy.

From a production standpoint, since there are actually two versions of this film, and this review is for the American version, It would be difficult to fault Mario Bava for this disaster. With that being said, there are a few moments that are mildly funny, and these moments usually involve Vincent Price (Theatre of Blood). Another notable performance includes Laura Antonelli (Venus in Furs, The Eroticist), who provides Dr. Goldfoot and the Girl Bombs with its most memorable eye candy moments.

When a sequel is devoid of the things that made its predecessor successful, This is a nutshell that perfectly sums up Dr. Goldfoot and the Girl Bombs.

Dr. Goldfoot and the Girl Bombs gets a first-rate release from Kino Lorber that comes with a strong audio/video presentation and an informative audio commentary, recommended. 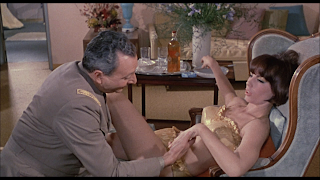 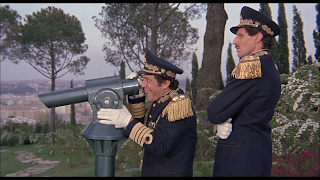 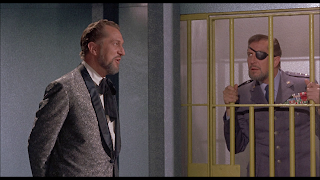 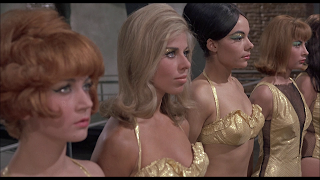 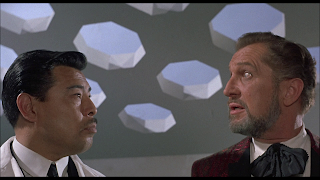 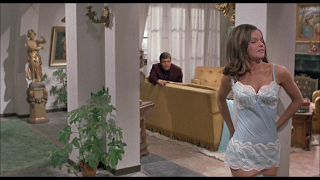 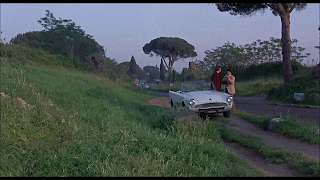 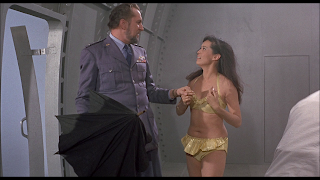