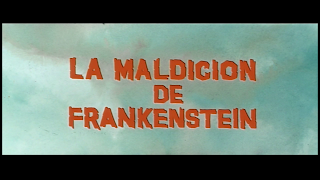 "Cagliostro, an immortal magician with fearsome hypnotic powers, sends his murderous assistant Melissa (half woman, half bird) to kill Dr. Frankenstein and steal his Monster. He commands the creature to abduct young women whose bodies will provide material for a female counterpart: the two monsters will then copulate, creating a master race of slaves under Cagliostro's mesmeric control! Bending man, woman and monster to his terrifying will, Cagliostro rules an empire of passion in his castle by the sea, a place where lust and cruelty meet strange supernatural forces. As the police question the deceased Dr. Frankenstein by reviving him with his monster apparatus, his scientist daughter Vera falls under Cagliostro's spell and agrees to build the female monster: can anything now stop the wicked mesmerist from ruling the world?" - synopsis provided by the distributor

Colors are nicely saturated, flesh tones look accurate, details look sharp, contrast and black levels remain strong throughout, and there are no issues with compression. Overall, this is the best this film has looked to date on home video.

Other extras include trailers for Death Laid an Egg and Lady Frankenstein.

Inspirations aside, this is not your run-of-the-mill homage that brings nothing new to the table. Jess Franco had a knack for taking familiar things and creating something with them that no longer resembled what they once were. And this effortless ability to transform things into wholly new creations also extended to his need to create multiple cuts of a film due to issues related to censorship or where they were being released.

And like so many of Jess Franco's films from this era of his career, there would be overlapping of casts and, in many instances, this was due to him filming actors for multiple films at the same time. The cast for The Erotic Rites of Frankenstein features one of Franco’s most frequent leading men, Howard Vernon (The Sadistic Baron Von Klaus, Diabolical Doctor Z.) in the role of an immortal wizard named Cagliostro, Dennis Price (Theatre of Blood) in the role of Dr. Frankenstein, Britt Nichols (The Demons, A Virgin Among the Living Dead) in the role of Madame Orloff, and Anne Libert in the role of Melisa the Bird Woman. Also, it should be noted that the Spanish version features Lina Romay (Exorcism, The Hot Nights of Linda) in the role of Esmeralda, a gypsy woman.

“THE EROTIC RITES OF FRANKENSTEIN and THE DEMONS: two peak period Jess Franco movies that no serious fan should be without, now available from Nucleus Films and featuring on camera interviews with yours truly! I’d also say that these two films are well worth buying if you’re curious about Franco but uncertain about where to start. Some will counsel caution and recommend the slightly more sober and conventional 1960s titles, but to hell with all that. Why not throw caution to the wind and grab these two – they’ll give you a fantastic insight into his freewheeling style in the 1970s.

Nucleus majordomo Marc Morris has done a huge amount of extraordinary work restoring THE DEMONS in particular. Here’s a list of some of the work he’s done which viewers and reviewers may not otherwise be aware of:

3. The soundtrack was out of synch throughout (sometimes by as much as 6 seconds). Marc has fixed this.

4. The soundtrack was missing audio, and in these scenes had been badly looped. Marc has located audio from alternate sources and replaced the annoying looped audio with correct audio where possible.

5. There was some German dialogue on the French soundtrack, which Marc has replaced with the correct French dialogue.

7. There were numerous instances of actors speaking with no dialogue heard on the soundtrack – now fixed.

8. There were numerous instances of dialogue spoken, with the actors’ mouths not moving – now fixed.

9. The dissolve from face freeze frame to skull was completely missing – Marc has added this back.

11. German Trailer – On the Kino Blu-ray, this was incorrectly dubbed with random French audio from the movie. This has been replaced with the original German soundtrack.

12. Marc has also corrected the frame rates from 23.976 fps to 24 fps, so if you have exquisitely perfect musical pitch the soundtrack will now match your LP record of Jean-Michel Lorgère’s Trafic Pop! 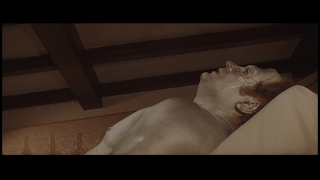 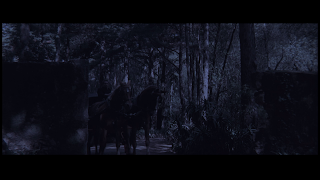 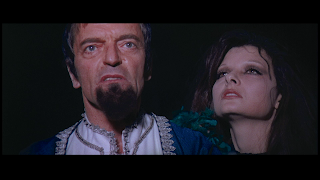 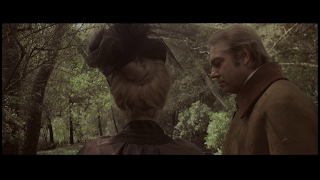 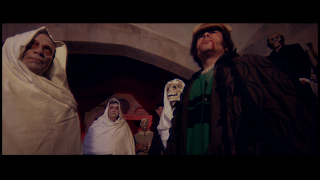 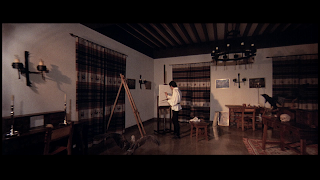 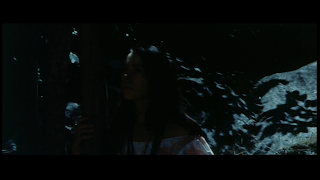 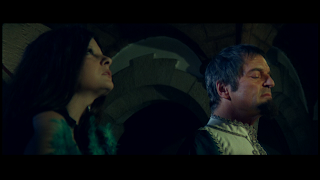