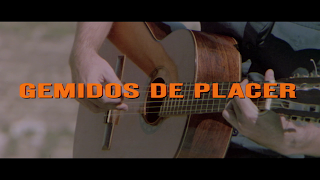 "Inspired by Hitchcock’s ROPE, Franco utilized long takes, minimal edits and his beloved Lina Romay at her most extreme for this de Sade-induced saga of violence, depravity and psychosexual mayhem among the amoral elite." - synopsis provided by the distributor

Here’s the information provided about this release's transfer, "4k scan from the original negative."

Cries of Pleasure comes on a 25 GB single layer Blu-ray.

The source used for this transfer is in excellent shape. Print-related debris is minimal, details look crisp, colors are nicely saturated, flesh tones are correct, black levels remain strong throughout, and the grain remains intact.

This release comes with one audio option, a LPCM mono mix in Spanish, and included with this release are removable English subtitles. The audio is in very good shape. Background hiss is minimal, the dialog comes through clearly and everything sounds balanced.

Jess Franco, like most directors, had his obsessions. And though there were several obsessions that he would return to throughout his career, When discussing the cinema of Jess Franco, there’s no denying the influence that the Marquis de Sade had.

Jess Franco's filmmaking is the type of filmmaking that you either love or hate. His insistence on breaking cinema’s norms is one of the main reasons why there’s such a huge divide when it comes to his devotees and those who loathe his cinema.

However, there are a few instances throughout his filmography where he tries to make conventional cinema. It’s ultimately the films that defy cinema norms that his most devoted fans are most drawn to.

Cries of Pleasure is a textbook example of Jess Franco’s adventurism as a filmmaker. The anemic narrative features minimal dialog, and the bulk of the screen time is composed of moments of eroticism. Though eroticism takes center stage in Cries of Pleasure, the sex scenes are surprisingly restrained, and they never venture beyond soft-core erotica.

Performance-wise, the cast are very good in their respective roles, especially Lina Romay (Female Vampire, Exorcism) in the role of Julia, the husband’s lover. Another performance of note is by Roco Freixas in the role of Martina, the deranged wife who’s recently returned home from an asylum. Lina Romay and Roco Freixas have a tremendous amount of chemistry, and the moments they share are the most memorable.

Not to be overlooked when discussing Cries of Pleasure are the visuals, which often use long takes. And though long takes can come off as a gimmick due to poor execution, The way Jess Franco uses long takes is very effective. Most notably, by having the camera zoom in and out. Another strength of the visuals is their inventive compositions, which often frame the action through objects.

From a production standpoint, Cries of Pleasure is an extraordinary film that ranks among Jess Franco’s best films. The premise is superbly realized, the well-executed narrative is overflowing with moments that could have only been directed by Jess Franco, and the finale provides a very satisfying conclusion.

Cries of Pleasure gets a definitive release from Severin Films, highly recommended. 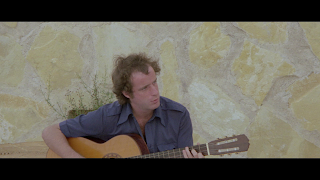 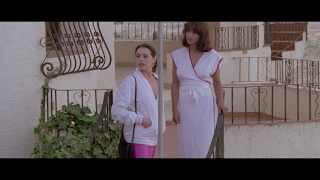 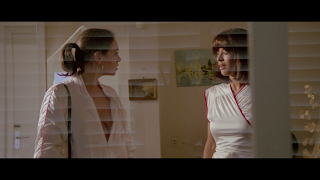 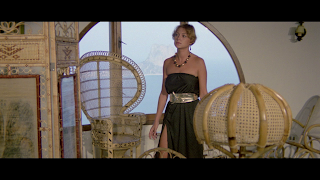 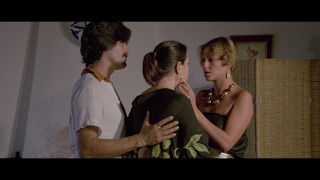 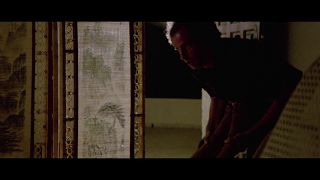 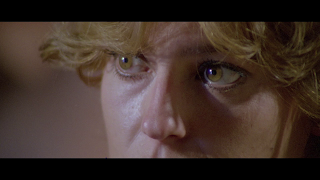 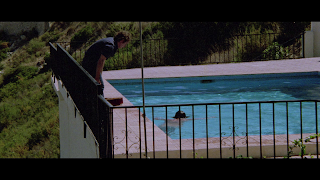