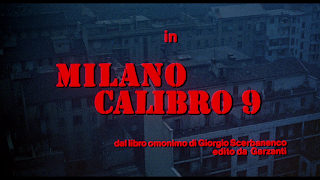 "Released after a three-year term in prison for a bungled robbery, Ugo Piazza plans to lead the straight life for a while. But no sooner is he back on the street than he’s picked up by a bunch of hoodlums under the employ of his former boss, the ‘Americano’ – among them, the psychopathic Rocco – who are convinced that Ugo stole $300,000 before his incarceration. The gang forces Ugo to resume working for them in the hope that he’ll eventually lead them to their missing cash." - synopsis provided by the distributor

Here’s the information provided about this release's transfer, “Milano Calibro 9 has been exclusively restored in 2K resolution for this release by Arrow Films.

The original camera negative was scanned in 2K resolution on a pin-registered Arriscan at Immagine Ritrovata, Bologna. The film was graded on the Baselight grading system at Deluxe Restoration, London.

Thousands of instances of dirt, debris and light scratches were removed through a combination of digital restoration tools. Image stability and density fluctuation issues were also improved.”

For this release, Arrow Video has created a brand new 2K transfer from the film’s original negative. They have also performed additional restoration work on the transfer and the end result looks stunning. Colors and flesh tones look correct, image clarity and black levels look solid throughout, and the grain remains intact. Also, when compared to previous home video releases like Raro Video’s 2012 Blu-Ray, there is a marked improvement in image clarity and shadow detail, and Arrow Video’s transfer gets rid of the digital noise that plagued Raro Video’s transfer.

This release comes with two audio options, a LPCM mono mix in English and a LPCM mono mix in Italian. Both audio mixes sound clean, clear, balanced, and robust when they need to, especially the score for the film. Also, the sound effects and the more ambient aspects of the soundtrack are well represented throughout. Also included with this release are subtitle options, English subtitles for the Italian language track and English SDH subtitles for the English language track.

Milano Calibro 9 is the first in a trilogy of films followed by The Italian Connection (Aka Manhunt) and The Boss (Aka Wipeout!). Though Milano Calibro 9 wasn’t one of the first Italian crime films, its lasting impact is undeniable, as it set the tone and style for all Italian crime films that followed it. The Italians have long been known to borrow from American cinema. There are many instances while watching when one naturally thinks of Francis Ford Coppola's The Godfather, a film which came out a month after Milano Calibro 9.

The money exchange that opens Milano Calibro 9 is breath-taking in its execution. This sequence follows characters who hand a package from one person to the next. Also, this scene, like the rest of Milano Calibro 9, is greatly benefited by Luis Enrquez Bacalov’s score.

Milano Calibro 9 is filled with a superb cast of colorful characters, with the character Rocco Musco, played by Mario Adorf, being the one that stands out the most, as he nearly steals the whole show with his maniacal, over-the-top portrayal of a Mafioso. One has to wonder if Martian Scorsese ever saw Milano Calibro 9 because Joe Pesci’s Tommy DeVito performance in Goodfellas bears a strong resemblance to Rocco Musco's in Milano Calibro 9.

Casting Gastone Moschin in the role of Ugo Piazza, the main character in Milano Calibro 9, at first appears to be an odd choice. Fortunately, his performance is subtle and it grows on you as the film progresses.

Several other Euro-cult regulars appear in Milano Calibro 9, including Barbara Bouchet, Frank Wolff, Luigi Pistilli, Philippe Leroy, and Lionel Stander. Most of these roles are minor characters in the film, with Barbara Bouchet adding her usual eye candy as a stripper. That said, the entire cast is superb.

The action is fast and furious and the violence is brutal and bloody. Fernando Di Leo’s direction is pitch perfect as every frame and moment unfolds effortlessly into the next. Also, there are a few interesting plot twists along the way that lead up to an ending that is truly unforgettable. Ultimately, Milano Calibro 9 is one of the best examples of what the Italian crime genre has to offer.

Milano Calibro 9 gets an exceptional release from Arrow Video that comes with a solid audio/video presentation and a wealth of insightful extra content, highly recommended. 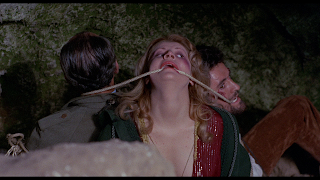 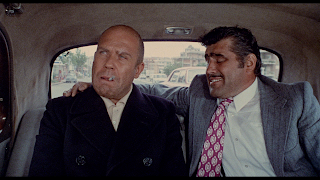 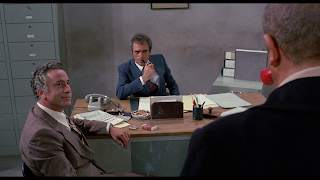 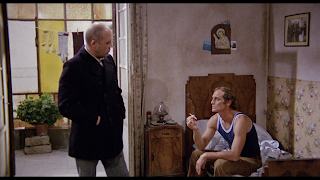 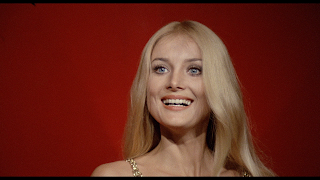 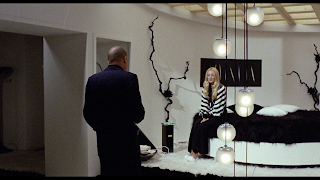 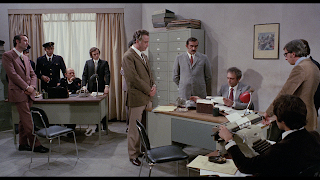 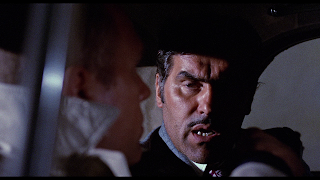