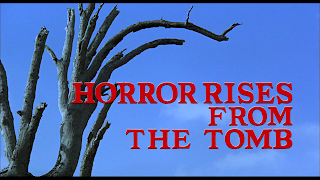 "A warlock and witch are executed during medieval times. They put a curse on those responsible for their death and their descendants. Flash forward present day a man accompanied by three friends returns to his ancestral home which also happens to be the same place where four hundred years before the Warlock and Witch were executed. Immediately after his arrival at his family’s ancestral home strange things start to happen when those around him disappear or turn up dead." - Synopsis

There’s no information given about this transfer. It looks like the same source BCI used for their 2007 DVD release.

Horror Rises From The Tomb comes on a 50 GB dual layer Blu-ray.

For an older master Horror Rises From The Tomb looks good. Colors are nicely saturated, the image looks crisp and black levels fare well. That said, there are moments where digital filtering has been applied.

Extras not ported over from BCI’s 2007 DVD release include Spanish opening credits sequence, an audio commentary with actor Paul Naschy, director Carlos Aured and moderator by Angel Gomez Rivero, and a booklet with liner notes about Horror Rises From The Tomb written by Mikek Lipinski.

Horror Rises From The Tomb would reunite Paul Naschy with Carlos Aured who had already directed him three times, The Mummy’s Revenge, Curse of the Devil and Blue Eyes of the Broken Doll.

Though the plot for Horror Rises from the Tomb shows a lot of promise early on that it doesn’t pay off before all's said and done. Things start to fall apart after Hugo de Marnac and his friends arrive at his family’s ancestral home. Also, something that’s not exploited enough is the superstitious villagers. That said, though the last thirty minutes are rampant with walking dead, murder, bloodshed and nudity. The anticlimactic ending feels rushed. Surprisingly despite these shortcomings, Horror Rises from the Tomb somehow retains an odd kind of charm to it.

Visually Horror Rises From The Tomb is a beautifully photographed film. The two shots that standout the most are Mabille De Lancré naked hanging upside down from a tree and the housekeepers’ lifeless body dangling over the kitchen table.

Horror Rises From The Tomb’s cinematographer Manuel Merino is most known for his collaborations with Jesus Franco. Most notably, Marquis de Sade: Justine, Eugenie… the Story of Her Journey Into Perversion, Vampiros Lesbos and She Killed in Ecstasy,

Besides portraying three characters Alaric de Marnac / Hugo de Marnac / Armand de Marnac, Paul Naschy also wrote the screenplay. And he delivers a strong performance in which he surrounds himself with beautiful women. The most memorable of Paul Naschy’s co-stars is Helga Liné in the role of Mabille De Lancréa of a witch who’s resurrected. The other leading ladies include Emma Cohen (The Other Side of the Mirror), Betsabé Ruiz (The Loreley’s Grasp) and María José Cantudo (Back of the Store). Though the acting leaves a lot too be desired, at least there’s plenty of eye candy. Ultimately, Horror Rises From The Tomb is an entertaining gothic horror film that fans of Paul Naschy should thoroughly enjoy.

Horror Rises From The Tomb gets a good audio/video presentation that comes with a pair of insightful extras, recommended. 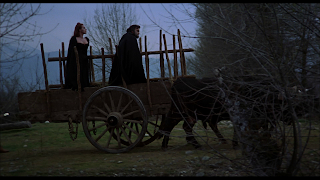 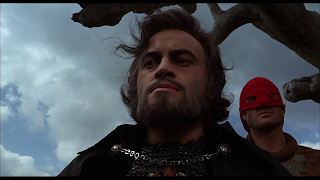 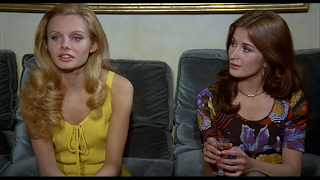 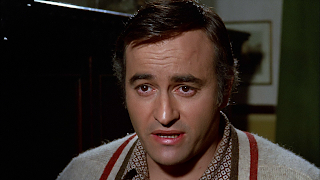 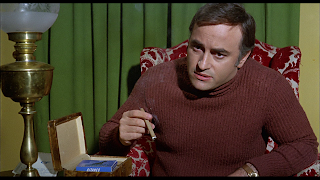 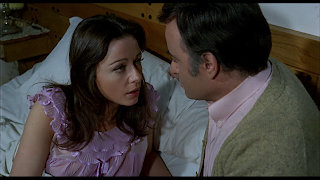 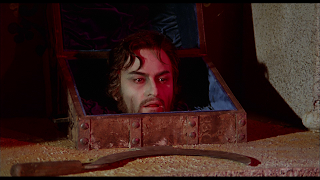 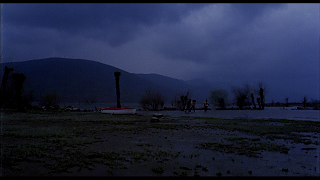