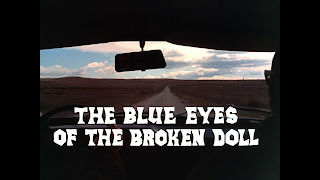 "A series of brutal slayings start to occur shortly after the arrival of convicted rapist who gets hired on as the caretaker of an estate. All the victims have two things in common they have blue eyes and blonde hair. What can motivate such a diabolical mind to remove their victims’ eyes?" - Synopsis

There’s no information given about this transfer. It looks like the same source BCI used for their 2008 DVD release.

Blue Eyes of the Broken Doll comes on a 50 GB dual layer Blu-ray.

Just like BCI’s release, this new release from Scream Factory presents Blue Eyes of the Broken Doll in a 1.33:1 aspect ratio. And though the source looks clean, it also looks dated. Colors are nicely saturated, and image clarity and black levels look good. It should-be this transfer exhibits digital filtering.

Extras not ported over from BCI’s 2008 DVD release include an introduction by actor Paul Naschy, an audio commentary with Paul Naschy and director Carlos Aured and a booklet with liner notes about Blue Eyes of the Broken Doll written by Mikek Lipinski.

Case in point Blue Eyes of the Broken Doll, a Spanish thriller borrows elements from the Giallo genre and Gothic horror films like Georges Franju’s Eyes without a Face. Most notably how the killer's identity is not revealed until the end and the killer's attire is in line with Giallo cinema’s black gloved killers. And the gory murder set pieces do not disappoint. Also, there’s an ample amount of nudity in Blue Eyes of the Broken Doll. With most of its female cast spending time out of their clothes.

The cast for Blue Eyes of the Broken Doll features a bevy of Euro beauties most of which end up getting seduced by Paul Naschy’s character Gilles. The four women leads are Diana Lorys as Claude the eldest sister who right arm was deformed from an accident, Maria Perschy Yvette who's confined in a wheelchair due to a past trauma, Eva León plays Nicole a nymphomaniac and rounding out the main cast of women is Inés Morales as Michelle a nurse recently hired to take care of Yvette. In the lead role is Spanish film icon Paul Naschy as Gilles, a loner drifter just out of prison. Overall the acting is very good all around with Eva León in the role of Nicole stands out more than the rest of the cast.

Blue Eyes of the Broken Doll gets a good audio/video presentation that comes with a pair of insightful extras, recommended. 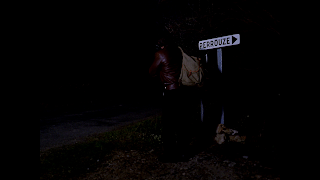 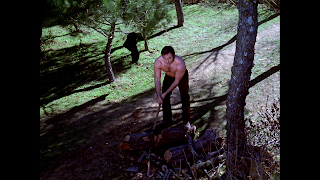 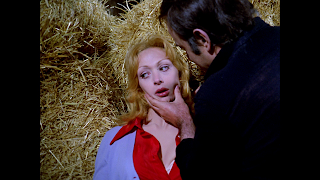 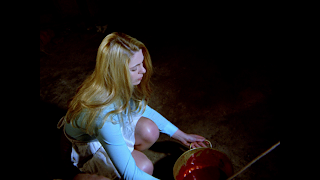 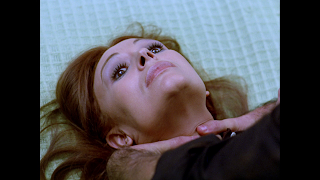 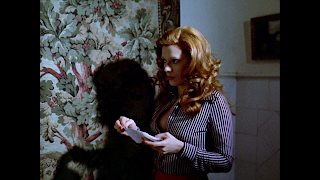 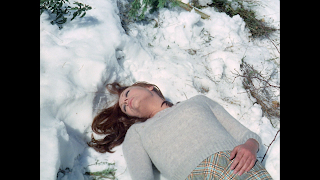 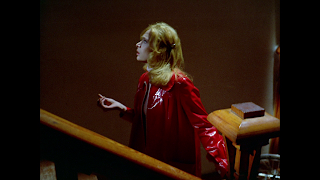 Email ThisBlogThis!Share to TwitterShare to FacebookShare to Pinterest
Labels: B, Gialli, Paul Naschy