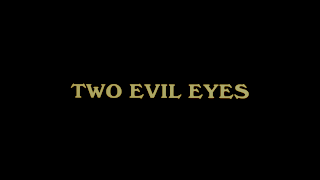 "The Masters of Modern Horror - George Romero and Dario Argento - bring you an unprecedented pair of shockers inspired by the tales of Edgar Allan Poe. In Romero's The Facts In The Case Of Mr. Valdemar, a conniving wife (Adrienne Barbeau of THE FOG) and her lover use a hypnotic trance to embezzle a fortune from her dying husband, only to receive some chilling surprises from beyond the grave. Then in Argento's The Black Cat, a deranged crime scene photographer (Harvey Keitel of FROM DUSK TILL DAWN) is driven to brutal acts of madness and murder by his girlfriend's new pet. But will this cunning feline deliver a final sickening twist of its own?" - synopsis provided by the distributor

Here’s the information provided about the transfer, "scanned in 4K 16-bit from the original camera negative, is now presented with Dolby Vision HDR."

Extras on the UHD disc includes a trailer for Two Evil Eyes (1 minute 28 seconds, Dolby Digital Stereo English, no subtitles), a poster & still gallery and an audio commentary with Troy Howarth, author of Murder by Design: The Unsane Cinema of Dario Argento.

Other extras include a slipcover and reversible cover art.

Extras not carried over from Blue Underground’s 2019 Blu-ray release include a Lenticular 3D slipcover, a CD that has the score for the film and a twenty-two-page booklet with cast & crew info, a lengthy essay about the film titled The Facts of the Case of Two Evil Eyes written by Michael Gingold and information about the CD that has the film’s score.

Though, Edgar Allen Poe’s influence over horror literature and cinema is irrefutable. When it comes to adapting his stories for television and cinema, far too often something gets lost in the translation. With his stories brevity being the main reason they’re so difficult to adapt. Case in point Two Evil Eyes, a film horror anthology that made-up from two Edgar Allen Poe stories The Facts in the Case of Mr. Valdemar and The Black Cat, and fragments from his other stories thrown in for good measure.

Two Evil Eyes was co-directed by George A. Romero (Dawn of the Dead) and Dario Argento (Suspiria). The screenplay for The Black Cat was co-written by Franco Ferrini (Phenomena, Opera). Pino Donaggio composed Two Evil Eyes score. His other notable scores include Don’t Look Now, A Whisper in the Dark, Carrie, Dressed to Kill, Blow Out, Body Double and Raising Cain.

First up is George A. Romero’s take on The Facts in the Case of Mr. Valdemar, where a gold digging much younger wife plots with her lover (who also happens to be her dying husbands’ doctor) to bleed him dry financial before he passes on.

The second story is Dario Argento’s take on one of Edgar Allen Poe’s most famous stories The Black Cat. At the core of Dario Argento’s adaptation of The Black Cat, is a story about a struggling photographer whose life gets turned upside down when his girlfriend brings home a black cat (which in turn torments him).

Dario Argento’s adaption of The Black Cat is a melting pot of several Edgar Allen Poe stories, themes and characters, all built around The Black Cat. Visually The Black Cat features all the style and operatic carnage one would expect from a Dario Argento film. With the little additions that Dario Argento has infused into the original source, like making the lead character, that’s superbly portrayed by Harvey Keitel, a photographer, this greatly enhances the story.

When discussing Two Evil Eyes, the main complaint that most viewers have is that these two stories are not uniform. And though these stories come from the same author. It’s unfair to expect a uniform tone from two filmmakers who stylistically are like day and night. With that being said, Two Evil Eyes is a well-made horror film that fans of George A. Romero, Dario Argento and Edgar Allen Poe, should thoroughly enjoy.

Blue Underground continues to lead the way in releasing cult/foreign cinema on 4k UHD. With their latest 4K UHD release they give it a new transfer with Dolby Vision and a newly created Dolby Atmos track that noticeably improves upon their exemplary 2019 Blu-ray release. That said, Two Evil Eyes is another exceptional 4K UHD upgrade from Blue Underground, highly recommended. 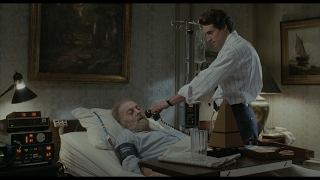 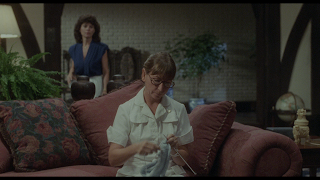 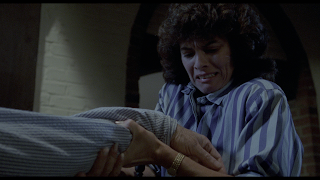 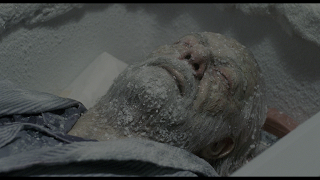 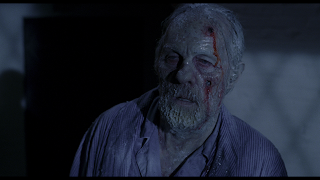 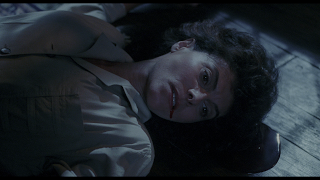 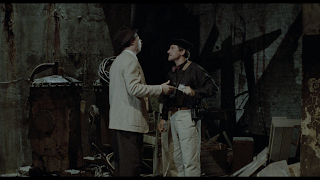 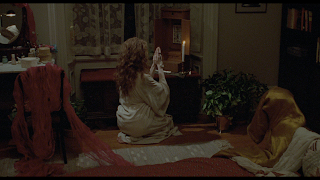 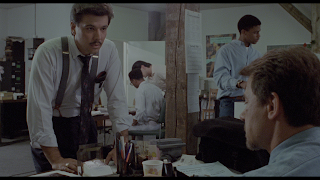 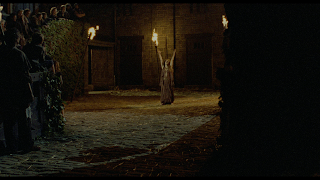 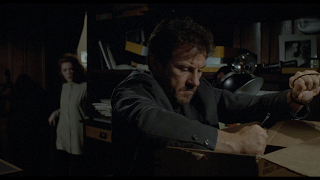 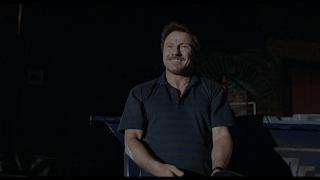