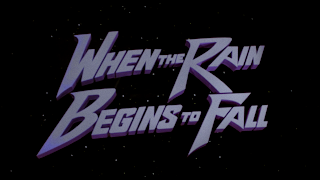 "A group of aliens in a guitar shaped spaceship are on the hunt to find the true source of Rock n’ Roll. After spotting teenage DeeDee and her boyfriend Frankie, each of whom are vying to become the top rocker in the small town of Speelburgh, the aliens land, only to set off of an increasingly strange series of events and musical mayhem that threatens the very existence of the town itself!" - synopsis provided by the distributor

Here’s the information provided about this releases transfer, "Newly scanned & restored in 2k from its 35mm interpositive."

Voyage of the Rock Aliens comes on a 50 GB dual layer Blu-ray.

The source used for this transfer looks immaculate. Colors, image clarity, and black levels are solid, and grain remains intact.

This release comes with one audio option, a DTS-HD stereo mix in English, and included with this release are removable English SDH subtitles. The audio is in excellent shape; dialog comes through clearly; everything sounds balanced and robust when it should.

Voyage of the Rock Aliens is a sci-fi musical that aesthetically is a fusion of 1950’s and 1980’s fashion. The opening sequence is actually a music video that has a West Side Story vibe. And though this sequence was a music video that was not originally part of the film, the way in which it is creatively worked into the plot suits the story at hand. Another way in which the 1950’s play a role in Voyage of the Rock Aliens is how it pays homage to 1950’s sci-fi films.

If you're a fan of choreographed musical numbers, 1980’s pop music, and irreverent humor, then Voyage of the Rock Aliens is a film that’s right up your alley. 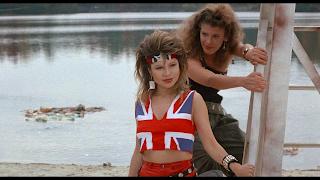 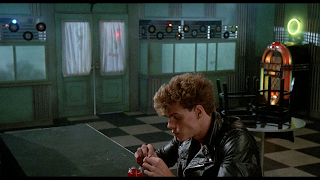 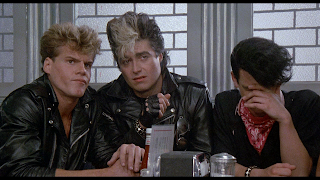 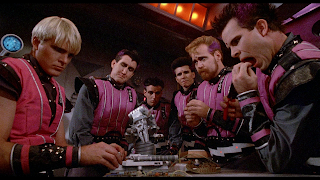 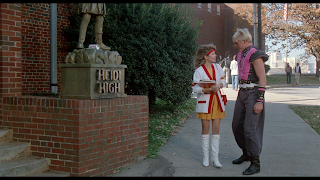 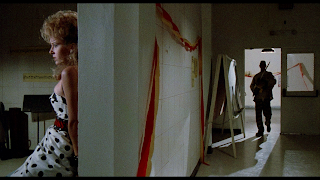 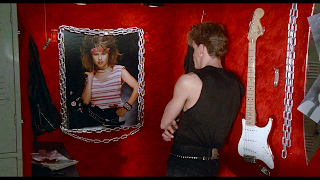 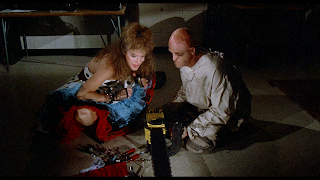 at June 21, 2022
Email ThisBlogThis!Share to TwitterShare to FacebookShare to Pinterest
Labels: V