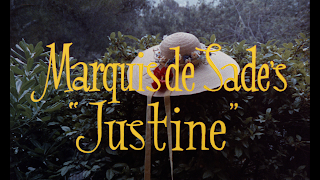 This 4K sourced transfer is in excellent shape. When compared to all previous home video releases of Marquis de Sade’s Justine transfer, there is a noticeable entombment when it comes to color saturation and image clarity. Also, many of Blue Underground’s Jess Franco/Harry Alan Towers films have issues with digital noise reduction. This is not an issue with this transfer.

This release comes with one audio option, a DTS-HD mono mix in English. There are no issues with distortion or background noise; dialog comes through clearly; everything sounds balanced; and the score sounds appropriately robust. This release comes with three subtitle options: English SDH, French, and Spanish.

Included with this release is a DVD that has the same content as the Blu-Ray included as part of this combo release.

Though Marquis de Sade's Justine was Jesus Franco's first full-fledged adaptation of the Marquis de Sade's literary works. There are traces of De Sade which can be found in other Jess Franco films as far back as The Sadistic Baron Von Klaus. Also, though there was no denying the influence that De Sade had on Jess Franco as a filmmaker, it should be noted that the screenplay for Marquis de Sade’s Justine was written by producer Harry Alan Towers under the pseudonym Peter Welbeck. That being said, Jess Franco still manages to infuse his undeniable imprint on the final product.

Whenever someone attempts to adapt the Marquis de Sade, there are just going to be some things that are never going to translate well or moments that, due to their graphic nature, would fall victim to various forms of censorship. And though this adaptation does a good job of retaining the essence of the source, it is far from a faithful adaptation. One of its most glaring changes is the handling of a character named Derroches.

In terms of production, Marquis de Sade's Justine would provide Jess Franco with the largest canvas he has ever worked with as a filmmaker. the reported budget being one million pounds. Needless to say, he would take full advantage of this rare opportunity to make a period drama set in the 18th century. Also, when it comes to customs and set designs, Marquis de Sade’s Justine does a superb job of maintaining the intended look of this era. Another area in which Marquis de Sade's Justine outperforms expectations is its use of Barcelona locations, some of which are considered landmarks.

When it comes to moments of sadism, the Marquis of Sade's Justine actually holds up very well in this regard. The most satisfying moments in this regard involve perverted priests, whose only quest in life is to find absolute pleasure. Of course, this is a Jess Franco film, and nudity is something he has never shied away from. And there are a bevy of beauties who are in various stages of undress.

Perhaps the most surprising aspect of the Marquis of Sade's Justine is its incredible cast of who's who from European cult cinema. The Marquis de Sade is played by Klaus Kinski (The Great Silence), and though his role is only a cameo, he makes an impression. His presence is still felt throughout Marquis of Sade's Justine. Other recognizable faces include: Akim Tamiroff (Touch of Evil), Mercedes McCambridge (99 Women), Sylva Koscina (Hercules), Rosalba Neri (Top Sensation), Howard Vernon (The Diabolical Dr. Z) and the ever delirious Jack Palance (Companeros) in the role of a perverted priest named Antonin.

Unfortunately, the casting of Romina Power in the role of this film's protagonist, Justine, proves to be the thing that hurts this film the most. She gives an expressionless performance that never fully captures the other side of the story, where she starts to enjoy the pain being inflicted on her. Then there is Maria Rohm's (Venus in Furs) performance in the role of the other sister, Juliette. And once again, here is another character who is underused. which is a shame since she delivers a pitch-perfect portrayal of Juliette.

Marquis de Sade’s Justine gets an exceptional release from Blue Underground that comes with a solid audio/video presentation, a CD with the score, and a trio of informative extras, highly recommended.

It should be noted that Blue Underground has rereleased Marquis de Sade’s Justine on Blu-ray, and this new release drops the DVD and CD that were part of the limited edition release. 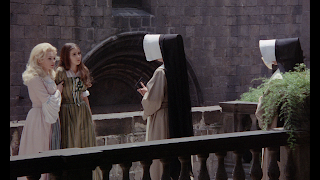 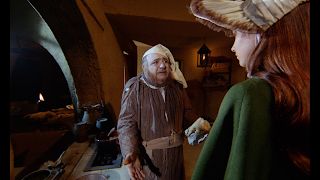 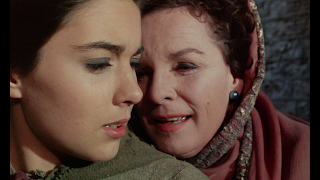 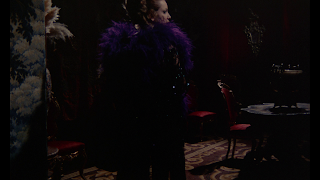 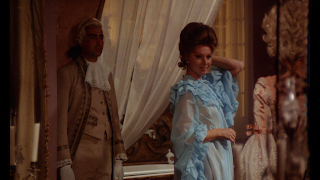 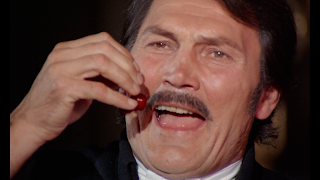 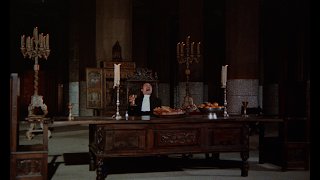 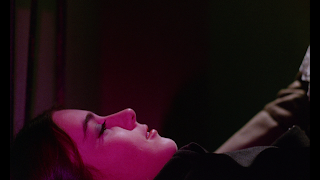