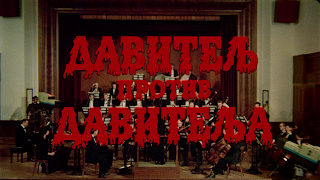 "It’s the mid-1980s and the city of Belgrade is aiming for metropolitan status which would put it on a level with New York, Paris and London. For a city to reach that category it has to attain a special level of crime. It needs a serial killer. Exhibitionists in cemeteries, peepers in parks, bank robbers, reckless drivers, rapists, murderers, all these Belgrade already has. For the city to be classified as a metropolis it needs the king of criminals: the strangler.

Suddenly a series of murders takes place. A deranged flower seller is strangling women on the streets of Belgrade, their crime in his eyes being that they refused to buy his carnations. At last, the city has its own serial killer. Finally, it can attain the status of metropolis.

A local new wave rock musician become obsessed with the murders and releases a single dedicated to “The Belgrade Strangler”. An outspoken female DJ condemns media interest in the case, arousing the ire of the Strangler himself. Gradually these three characters find themselves drawn together, leading to a surprising and bizarre climax." - synopsis provided by the distributor

Here’s the information provided about this release's transfer, “a brand new 2K restoration of the original camera negative.”

Strangler vs. Strangler comes on a 50 GB dual layer Blu-ray.

The source used for this transfer looks excellent. Colors are nicely saturated, image clarity and balck levels are solid.

This release comes with two audio options, a LPCM mono mix in Serbian and a LPCM mono mix in English. Both the audio mixes sound clean, clear, balanced, and robust when they should. That said, the English language track has some of the qualities that dubbed audio tracks are known for. Included are two subtitle tracks; the first English subtitle track is for the Serbian language track, and the second English subtitle track is for Serbian text and when the song The Belgrade Strangler is performed.

Strangler vs. Strangler is a different kind of Serbian film. It was made when Serbia was part of Yugoslavia. And though it is not as graphic as some of Serbia’s more recent films that have reached international audiences, it is amazing that such a subversive film could have been made in a communist country.

Just when you thought that you had seen just about everything when it came to horror cinema. Along comes a film like Strangler vs. Strangler, which does a remarkable job mixing horror and humor. The narrative revolves around an emasculated man who sells carnation flowers, and he lives with his overbearing mother.

From its opening moments, Strangler vs. Strangler establishes a manic tone that is relentless. The well-executed narrative opens with a montage sequence about Belgrade and some of its more colorful criminals and deviants. From there, the narrative uses a flashback to fill in the backstory. With a crazy ending that's worthy of the events that preceded it.

The cast are great in their respective roles, especially Tasko Nacic in the role of the protagonist, Pera Mitic, a disorganized man who unleashes his anger on unsuspecting women who don’t like his carnations. His name in the English dubbed version is Peter, which is fitting since he kind of resembles Peter Lorre.

There are so many things to like about Strangler vs. Strangler. Its absurd premise, its use of humor, and its visual style, which features black and white cinematography, intertitle cards like silent cinema, and Neo-noir inspired moments. Ultimately, Strangler vs. Strangler is a delirious film that fans of horror/comedy hybrids are sure to thoroughly enjoy.

Strangler vs. Strangler gets an excellent release from Mondo Macabro that comes with a solid audio/video presentation and a pair of informative extras, highly recommended. 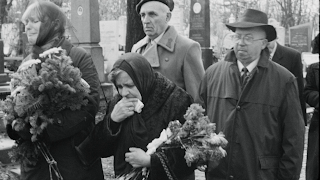 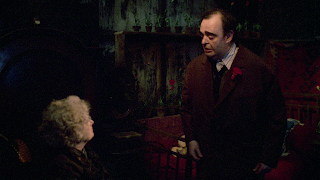 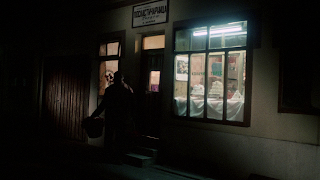 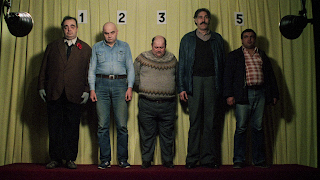 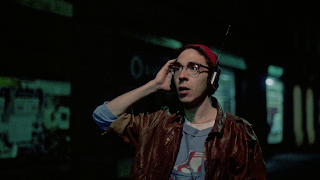 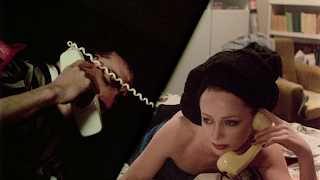 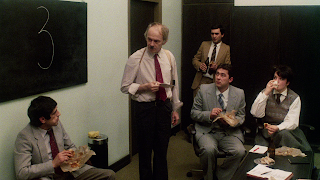 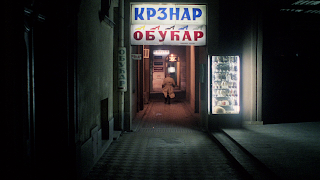 at May 29, 2022
Email ThisBlogThis!Share to TwitterShare to FacebookShare to Pinterest
Labels: S