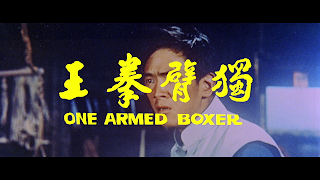 "One-Armed Boxer! Yu Tian Long (Yu Wang) is the best fighter to come out of his local martial arts school, but when he crosses the ruthless leader of a local crime syndicate, the big boss' brutal bevy of deadly killers make mincemeat out of the school and everyone inside. Now the only survivor of the massacre, and short of one appendage, Yu is gifted a powerful elixir that promises to give him the strength to take swift revenge on the army of assassins, each representing the most lethal forms of fighting from across the Eastern hemisphere. Proving once and for all that you only need five fingers of death to get the job done." - synopsis provided by the distributor

Here’s the information provided about this release's transfer, “It was restored in 2K resolution from the original film elements by Fortune Star, who supplied this master to Arrow Video for this Blu-ray release.”

The source used for this transfer looks great. Colors are nicely saturated, the image looks crisp, black levels are strong, and there are issues with compression.

By the time Yu Wang made One-Armed Boxer, he had already established himself as one of martial arts cinema’s premier stars. Also, after beginning his career working for the Shaw Brothers, he appeared in films like One-Armed Swordsman and The Chinese Boxer. In the 1970's, he would become one of the first actors to work independently.

With a film like One-Armed Boxer, Yu Wang would team up with a new company, Golden Harvest, which the year before had established itself with Bruce Lee’s The Big Boss. Yu Wang was the creative force behind One-Armed Boxer. He wrote, directed, and was the star. Master of the Flying Guillotine was released four years after One-Armed Boxer.

One-Armed Boxer opens with a fight sequence in a tea house that does a great job of setting the stage for what follows. Also, the opening theme music gets the blood flowing. And though the score features some music that appears to have been made for One-Armed Boxer, What is all too common with 1970’s martial arts cinema is that there are uncredited music cues from other films like Shaft and The Big Boss.

The narrative follows a familiar setup: two rival martial arts schools, one that is honorable and the other, the Hook gang, who deal in drugs and prostitution. An incident involving a student named Yu Tien Lung provokes the Hook gang's hostilities towards him and his masters school. From there, a series of events unfold, escalating to Yu Tien Lung losing his arm and everyone from his school being massacred by the Hook gang.

Yu Wang once again delivers a memorable martial arts film that's inventive when it comes to the fight sequences. And as good as most of the fight scenes are, none hold a candle to the one-armed fight scenes and training sequences. These moments are a sight to behold.

Despite the fact that the cast is all excellent in their respective roles. No performance shines brighter than Yu Wang's (The Man from Hong Kong) in the role of Yu Tien Lung. He is surprisingly good in the scenes where his character recovers after losing an arm. Another strength of the performances is how the Hook gang employs assassin fighters from around the world: Japan, Thailand, India, and Tibet monks.

Though there’s no denying that martial arts cinema in the 1970’s was flooded with films due to the popularity of such films because of actors like Bruce Lee. On the flip side of this, there are martial arts films that are undeniable classics of the genre that remind fans of why we love these films so much. One-Armed Boxer, an extraordinary martial arts film that’s withstood the test of time.

One-Armed Boxer gets an exceptional release from Arrow Video that comes with a solid audio/video presentation and a trio of informative extras, highly recommended. 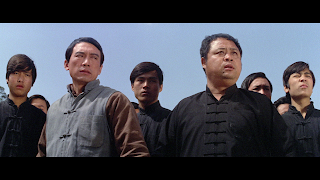 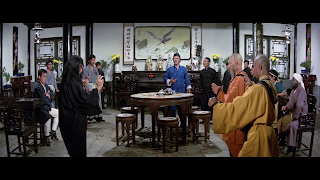 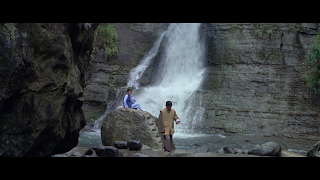 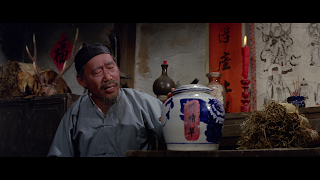 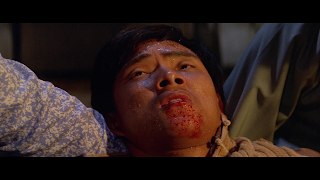 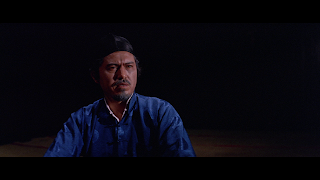 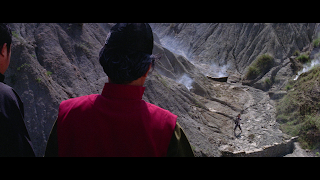 at May 09, 2022
Email ThisBlogThis!Share to TwitterShare to FacebookShare to Pinterest
Labels: O