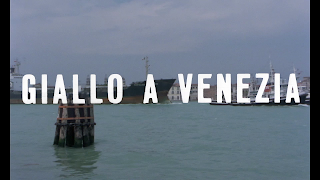 "Gore in Venice follows the plight of Inspector Angelo De Paul (Jeff Blynn, Weapons of Death), a cop assigned to investigate a horrifying series of murders that have gripped Venice and left the authorities baffled. As the bodies mount, De Paul gets sucked deeper and deeper into a sleazy mystery leading to a startling conclusion." - synopsis provided by the distributor

Here’s the information provided about this release's transfer, "presented here totally uncut and remastered from the best available materials."

Gore in Venice comes on a 25 GB single layer Blu-ray.

The source used for this transfer has source-related damage that varies in degree throughout, and there are a few moments where the source is heavy. That said, the image generally looks crisp, colors fare well, and black levels are adequate. Though the source has its limitations, it appears to be the same source that X-Rated Kult used for their 2016 German Blu-ray and Scorpion Releasing used for their 2018 Blu-ray, albeit without the additional color correction for the latter.

This release comes with two audio options, a Dolby Digital 5.1 mix in English and a Dolby Digital mono mix in English. The mono audio mix is in good shape, and any audio imperfections are kept to a minimum. Dialog comes through clearly, and though things are limited range-wise, ambient sounds are well-represented. The 5.1 audio mix is just a more spread out version of its mono counterpart that offers a miniscule difference. Included with this release are non-removable English subtitles.

Extras for this release include trailers Barb Wire Dolls, Naked Girl Murdered in the Park, Love Letters of a Portuguese Nun, Sexy Sisters, Voodoo Passion and Women in Cellblock 9.

Quirks and other unintended moments of humor aside, when it comes to Gore in Venice’s murder set pieces, they are mean-spirited and sufficiently gory. The deaths embraced a sharp object in a woman’s vagina, a man burned alive, and limb dismemberment.

The characters are one-dimensional caricatures, and the performances are best described as enthusiastic. This film’s most entertaining performance was by Jeff Blynn in the role of Inspector Angelo De Pol. He delivers an absurd performance where his character is constantly playing with and eating eggs. Notable cast members include Leonora Fani (The Private Lesson) in the role of Flavia; it is her and her husband’s death that lays the foundation for the events that unfold; and Mariangela Giordano (Burial Ground: The Nights of Terror) in the role of a promiscuous woman named Marzia.

Gore in Venice makes its way to Blu-ray via a serviceable release that leaves room for improvement. 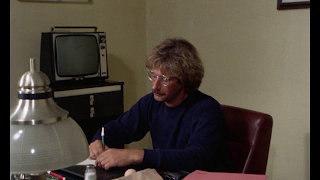 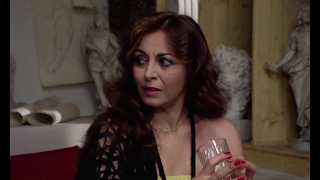 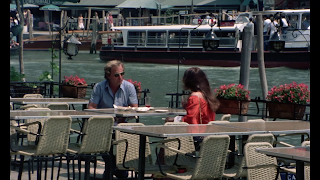 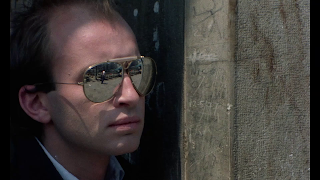 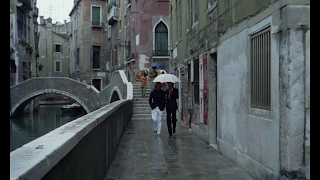 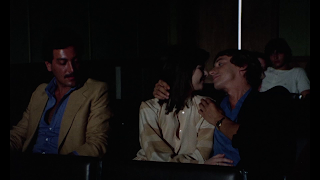 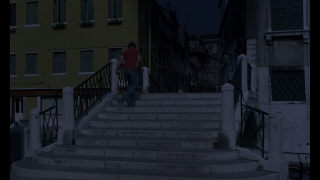 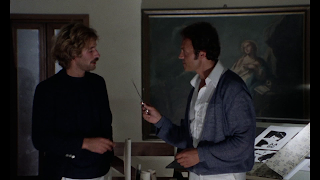 at May 18, 2022
Email ThisBlogThis!Share to TwitterShare to FacebookShare to Pinterest
Labels: G, Gialli