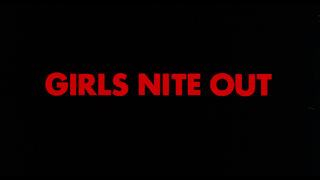 "A host of familiar genre faces including Hal Holbrook (Creepshow), Rutanya Alda (Amityville II: The Possession), Julia Montgomery (The Kindred) and Lauren-Marie Taylor (Friday the 13th Part 2) rounds out the cast of this gloriously mean-spirited slice from the slasher golden age, Girls Nite Out! The students of DeWitt University are preparing themselves for a night of fun and frolics in the form of an all-night scavenger hunt. Little do they know that they are in fact the ones being hunted... An unhinged assailant, disguised in the college's goofy bear mascot outfit - and bearing knives for claws, two years before Freddy donned his famous gloves - is stalking the campus hellbent on carving up co-eds." - synopsis provided by the distributor

Here’s the information provided about this release's transfer, "Girls Nite Out has been restored from the best available film elements, which were a selection of 35mm release prints from the producer's personal vaults.

The prints were scanned in 2K, after which the scans were reviewed and the highest quality sections selected. A few very brief sections which were not present in the film material were sourced from an SD tape  master. The assembled shots were graded and restored in 2K to create a new and complete restored master.

This restoration stills exhibits many instances of film damage and wear, in keeping with the condition of the source materials, but represents the best possible presentation of the film. We hope you enjoy!"

The above disclaimer that plays before the film gives you an idea of what to expect from this transfer.

Girls Nite Out comes on a 50 GB single layer Blu-ray.

This release comes with one audio option, a LPCM mono mix in English, and included with this release are removable SDH subtitles. The audio is in good shape; the dialog comes through clearly and everything sounds balanced. That said, range-wise, things are limited.

The narrative revolves around a killer who stalks and kills college students who are collecting clues for a scavenger hunt. And to help conceal the killers’ identity, they wear the school's mascot costume.

After a solid opening sequence that takes place in an asylum, things quickly lose steam when the focus is shifted to a lengthy party scene where not much happens. And, while things have improved in the last thirty minutes, it is already too late.

The soundtrack is made up of songs from the 1960’s and 1970’s. These songs are connected to an oldies themed scavenger hunt. Some artists featured in the soundtrack include The Lovin’ Spoonful, Tommy James and the Shondells, and The Ohio Players.

From a production standpoint, despite its shortcomings, the positives outweigh the negatives. The performances are best described as serviceable. with no standout performance. Also, anyone expecting gory kill scenes will be disappointed. Ultimately, though, Girls Nite Out is filled with troupes that are synonymous with 1980’s slasher films. The result is an underwhelming slasher film that only diehard fans of this genre will enjoy.

Girls Nite Out gets a first-rate release from Arrow Video that comes with a strong audio/video presentation and an abundance of extras, recommended. 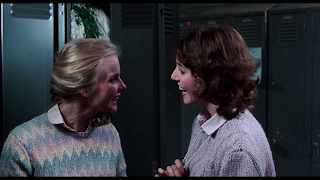 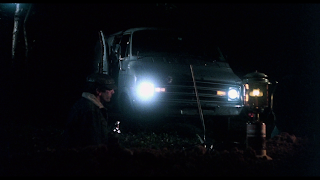 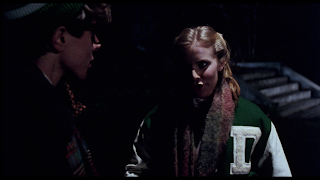 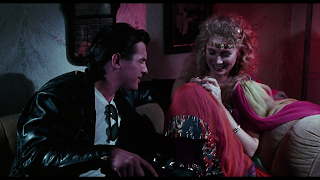 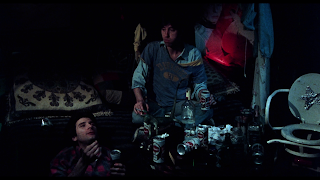 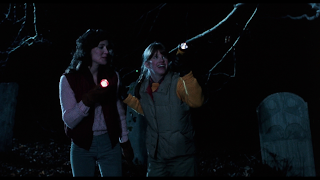 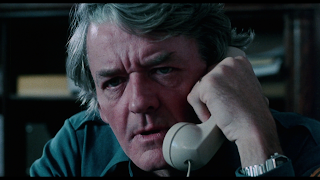 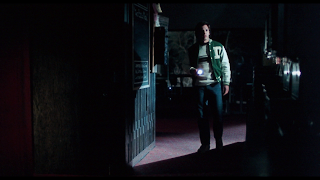 at May 12, 2022
Email ThisBlogThis!Share to TwitterShare to FacebookShare to Pinterest
Labels: G