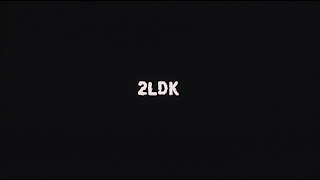 "Small town girl Nozomi and her glamorous, big city roommate, Lana, share a Tokyo apartment (2 bedroom, living room, dining room, and kitchen, hence the titular abbreviation). They already have their little disagreements, but when it comes to light that they are competing for the same movie role AND the same man, their fights escalate from arguments to all-out power tool battles!" - synopsis provided by the distributor

The source used for this transfer is in very good shape and any source-related debris is minimal. The image generally looks crisp and the colors fare well. That said, there are some ghosting and compression related issues that are most noticeable during darker sequences.

This release comes with two audio options: a DTS-HD 5.1 mix in Japanese and a LPCM stereo mix in Japanese. Both audio mixes sound clear, balanced, and surprisingly robust. Included with this release are removable English subtitles.

Other extras are trailers for Evil Dead Trap, Premutos, Untold Story, and A Serbian Film.

2DLK is one of two films that were produced by Shin'ya Kawai that feature only two actors and one location and were filmed in one week. The other film was Ryûhei Kitamura’s Aragami.

The narrative revolves around two actresses who share an apartment, and they’re both competing for the same role. From there, things start to escalate between them as they wait to see who will be cast. One woman is ambitious, while the other woman is obsessive-compulsive.

2DLK has an interesting premise that most can identify with. At some point in our lives, we have lived with family, a friend, or a roommate in a similar situation. And over time, there are bound to be tense moments that can get heated. That said, maybe not as heated as 2DLK’s last thirty minutes.

The narrative can be split into two halves: the first half introduces the two women and their character traits, while the second half focuses on their tense rivalry. Needless to say, the pace is slow in the first half. Fortunately, the second half is wall-to-wall acts of violence that move at a frantic pace.

When discussing 2DLK, one must not overlook its two actresses, Maho Nonami in the role of the ambitious roommate and Eiko Koike in the role of the obsessive-compulsive roommate. Both deliver excellent performances that compliment each other, and they have great onscreen chemistry.

From a production standpoint, 2DLK is a film that fully exploits its resources. The premise is well executed, and there is an ironic ending that perfectly wraps up the events that preceded them. Another strength of 2DLK is its inventive cinematography.

2DLK gets a good release from Unearthed Films that comes with a wealth of extras. That said, the transfer leaves room for improvement. 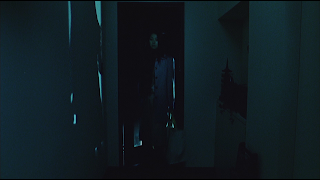 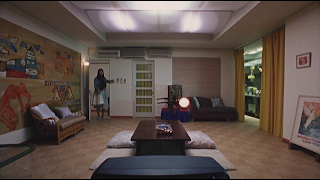 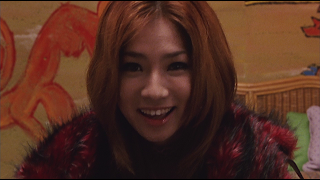 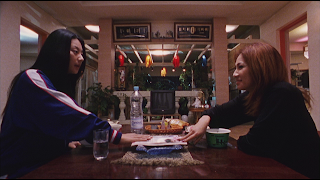 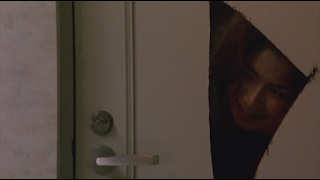 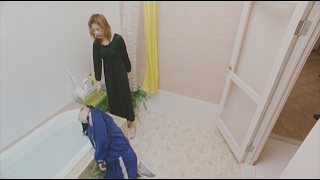 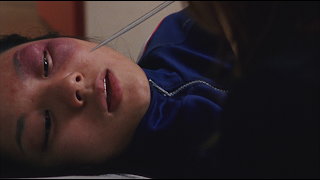 at March 30, 2022
Email ThisBlogThis!Share to TwitterShare to FacebookShare to Pinterest
Labels: #