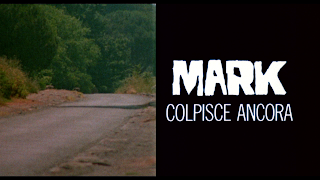 "Inspector Mark Terzi, who is acting incognito under Mark Patti, gets hired in Rome by terrorists Paul Henkel (John Steiner) and Olga Kube (Marcella Michelangeli). His mission leads him to Vienna without knowing what it will be. With his austrian colleagues and the shady US Agent Altman (John Steiner) Terzi tries to discover the planned attack. After a murder attack were he should have been and isn’t by accident he realizes somebody plays wrong. Shortly after the terror attack with Terzi ´s participation is taking shape....." - synopsis provided by the distributor

Here’s the information provided about this release's transfer, “This presentation of Mark Colpisce Ancora is based on the original camera negative and has been scanned and restored in 2K. Several shots in the material show severe chemical damage which could only be partially fixed despite using the most advanced restoration technology. Please enjoy the following feature despite these short comings."

The .44 Specialist’s plot revolves around undercover cop named Mark, who’s a reluctant hero, who at times seems more interested in relaxing. When this character is first introduced, he’s hanging out in a café trying to enjoy life. And not wanting to go back to his daily grind as an undercover cop, he then assaults a few police officers in hope of being arrested. Shortly thereafter he’s released and a chance-encounter with a beautiful woman leads to his involvement with terrorists. From there the plot puts Mark in a series of precarious situations as he tries to free himself from his current assignment.

Other performances of note include, John Steiner (Salon Kitty, Tenebrae) and Marcella Michelangeli (Arizona Colt Returns, The Big Racket) in the role of the terrorists who recruit Mark and John Saxon (The Girl Who Knew Too Much, Black Christmas) in the role of Altman, a man who works for a secret organization that battles crime.

Not too be overlooked, when discussing is Stelvio Massi’s direction. Though, he’s not as well-known as Enzo G. Castellari and Fernando Di Leo. His ability to create tense action set pieces makes his one of best director’s who worked in Poliziotteschi (Italian crime films). Ultimately, The .44 Specialist is a tense crime film that fans of Poliziotteschi cinema should thoroughly enjoy.

The .44 Specialist makes its way to Blu-ray via a strong audio/video presentation from Cineploit that comes with a trio of insightful extras, recommended. 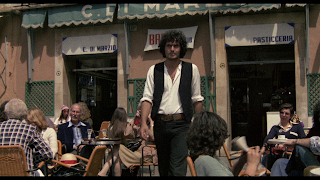 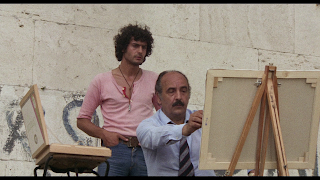 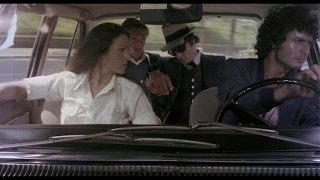 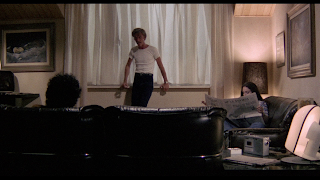 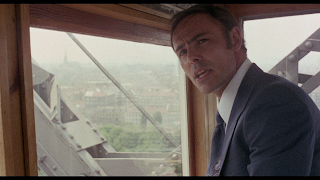 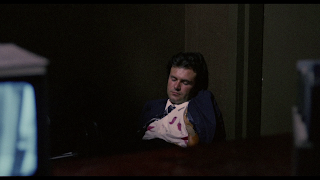 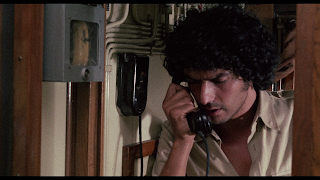 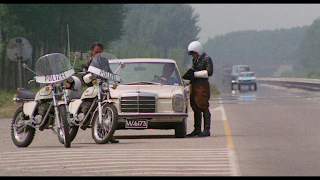 at October 02, 2021
Email ThisBlogThis!Share to TwitterShare to FacebookShare to Pinterest
Labels: Poliziotteschi, T