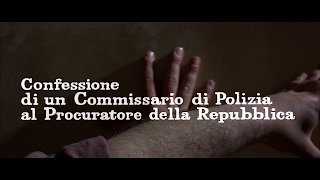 "Commissioner Bonavia, an old-school policeman, has a very special life's work: he hunts down Ferdinando Lomunno, a local mafia boss who has a firm grip on the city through corruption, murder and terror. Despite the heavy burden of proof, he always manages to pull his head out of the noose. After an assassination attempt on Lomunno, the idealistic prosecutor Traini is commissioned with the case. With his naïve belief in what he believes to be the infallible justice of justice, he unintentionally crosses commissioner Bonavia's path. Together they should clarify the Lomunno matter once and for all. Both men, who could not be more different, find themselves within a few hours in personal conflict and a cauldron of violence and corruption, from which there is apparently no ray of hope." - synopsis provided by the distributor

Confessions of a Police Captain comes on a 50 GB dual layer Blu-ray.

Though no information is given about this transfer’s source, it’s in excellent shape. Colors and flesh tones look correct, image clarity and black levels look solid throughout and there are no issues with compression.

Extras for this release include, a trailer for Confessions of a Police Captain (4 minutes 56 seconds, Dolby Digital mono German, no subtitles), an image gallery (40 images – poster/lobby cards/Japanese press book), an interview with actor Franco Nero (4 minutes 16 seconds, Dolby Digital stereo English with optional German subtitles), a reversible cover without FSK logo, a twelve-page booklet with an essay about the film written by Udo Rothenberg, and a partial filmography for Damiano Damiani (all text is in German) and the German version of Confessions of a Police Captain (95 minutes 49 seconds, 2.35:1 Widescreen / 1080 Progressive / MPEG-4 AVC, DTS-HD mono German, no subtitles). This release dedicates 16.5 GB’s to the German version.

Other extras include trailers for The Deadly Duo and The Strange Vice of Mrs. Wardh. Both of these trailers are in German and there are no subtitles.

Also, included with this release is a DVD that mirrors its Blu-ray counterpart.

This release is limited to 1000 copies.

Though, Confessions of a Police Captain covers many of themes that have become synonymous with Poliziotteschi cinema. It’s a film that predates a film like Execution Squad, which would serve as a template for Poliziotteschi films.

At the heart of Confessions of a Police Captain is a morality tale that revolves around two characters, a jaded police commissioner named Giacomo Bonavia and a deputy district attorney named Traini, who’s yet too be jaded or corrupted by the system.

That said, the thing that makes Confessions of a Police Captain standout from other similar themed films is how it puts the focus on Bonavia and Traini, while other criminal activity that occurs takes a backseat.

Though Damiano Damiani worked in a variety of film genres. He was never a filmmaker who conformed to genre cliches. Throughout his filmography his films are marked by a want to dig into issues of the day by providing social commentary. And with Confessions of a Police Captain, the focal point is a broken system that never addresses the real problems.

As good as all the performances are all around. Ultimately, Confessions of a Police Captain’s heart and soul are its two leads dynamic performances, Franco Nero in the role of deputy district attorney Traini and Martin Balsam (Psycho, Two Evil Eyes) in the role of police commissioner named Giacomo Bonavia. The scenes they share are riveting and they have a tremendous amount of chemistry. And nowhere is this clearer, then their cat and mouse game where Bonavia always stays one step ahead of Traini.

Though there are no car chases or other more in your face Poliziotteschi elements. That’s not to say that Confessions of a Police Captain lacks the intensity that become a hallmark of Poliziotteschi cinema. From it’s opening moments right on through to it’s unforgettable finale, Confessions of a Police Captain is a film that rarely gives you a chance to catch your breath.

Confessions of a Police Captain makes its way to Blu-ray via a solid English friendly audio/video presentation, recommended. 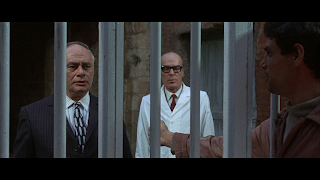 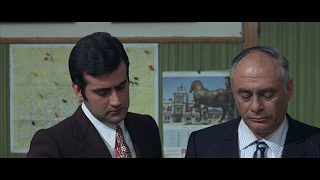 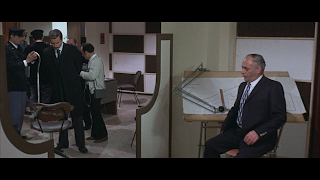 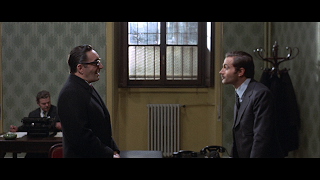 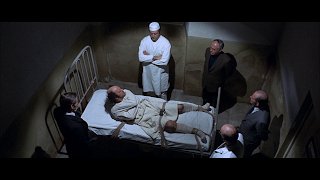 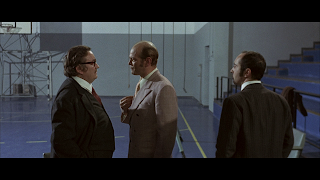 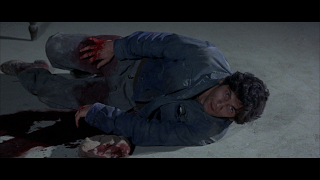 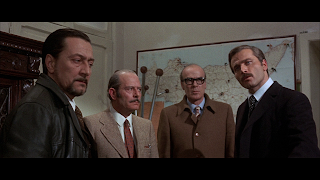