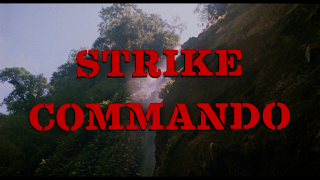 Here’s the information provided about this release's transfer, "mastered in 2K from the original negative for the first time."

The source used for the transfer is in excellent shape, colors and flesh tones look correct and image clarity and black levels look strong throughout. That said, the extended footage also looks great.

There was a time when genre cinema clones were prevalent in Italian cinema. With these types of films reaching their apex by the early 1990’s. That said, there was no shortage of American films for the Italian’s to latch on to and make their versions Italian style. Case in point Strike Commando, a film that’s equal parts inspired by Vietnam war films and 1980’s bombastic action films that Hollywood were making.

Filmmaker Bruno Mattei was the creative force behind Strike Commando. Though he began his directing career in the late 1970’s just as Italian genre cinema was shrinking due to a lack of demand from investors outside of Italy. Somehow he was one of the rare exceptions of a director who managed to stay prolific throughout his four-decade career.

On paper Strike Commando most resembles a film like Rambo, albeit the distorted lens of Italian cinema. And though there are many instances where Italian genre films are wholesale clones of an American film. That’s not the case with Strike Commando, by the time it reaches its conclusion it no longer resembles any of the films that influenced it. That said, though the narrative is best described as anemic, this quickly becomes an afterthought since Strike Commando’s bread and butter are its outlandish action set pieces.

Strike Commando gets a solid release from Severin Films that comes with two versions of the film and a pair of insightful extras, highly recommended. 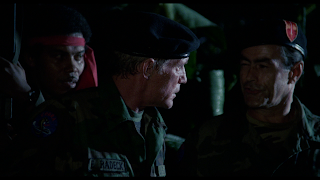 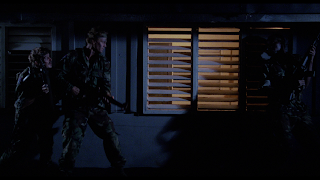 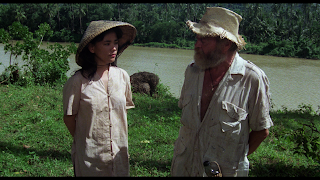 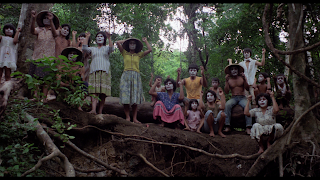 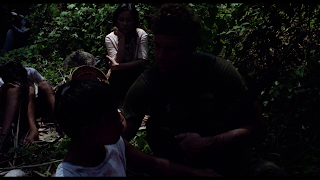 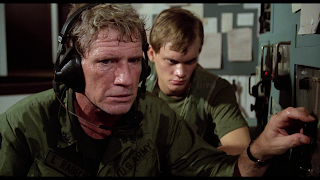 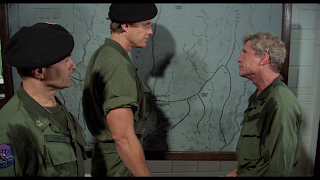