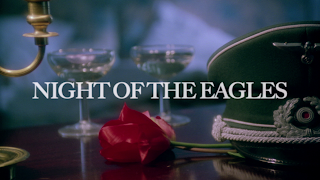 "a wealthy German businessman whose comely, loving daughter Lillian (Alexandra Ehrlich) is torn between two lovers, Peter (Hamill) and Karl (Ramon Estevez, brother of Charlie Sheen). Unable to choose between her paramours, Lillian's life changes forever when her beaus are shipped off to fight on the frontlines and she is forced to take a job as dancehall singer in a sordid nightclub. With her country and its people torn to pieces by the ravages of war and her once prosperous father relegated to poverty and despair, Lillian must make unthinkable choices in the name of survival." - synopsis provided by the distributor

Here’s the information provided about this release's transfer, "remastered from the original 35mm camera negative".

Night of The Eagles comes on a 25 GB single layer Blu-ray.

Though the source used for this transfer is in very good shape, there are many areas where it could-be improved. Colors look correct, image clarity and black levels fare well. It should-be noted that there appears too be digital noise reduction that removes any semblance of an organic image.

Extras for this release are limited to trailers Barb Wire Dolls, Naked Girl Murdered in the Park, Love Letters of a Portuguese Nun, Sexy Sisters, Voodoo Passion and Women in Cellblock 9.

Though Jess Franco remained active throughout the 1980’s. The cinema landscape in Europe had drastically changed since the 1970’s and by the late 1980’s he shifted more towards a work for hire filmmaker. It was during this period of his career that he reunited with Eurocine, a company he worked extensively with during the first-half of the 1960’s.

From a production standpoint, Night of The Eagles suffers from all the things that plagued most of Jess Franco’s post 1960’s films, an anemic budget. Though the narrative revolves around a group of characters as they navigate World War II. To call Night of The Eagles a war film would be wrong since it's actually a melodrama about three characters in a love triangle. And most of the war related moments are either stock footage or poorly staged attack sequences. Ultimately, Night of The Eagles is a mediocre film that even Jess Franco completest will find a tedious chore to get through.

Night of The Eagles makes its way to Blu-ray via a serviceable release that leaves a lot of room for improvement. 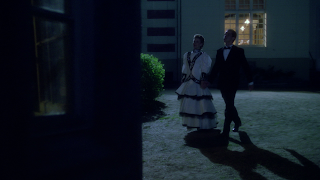 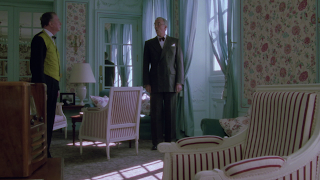 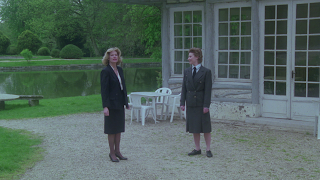 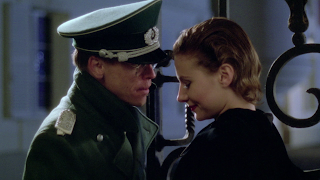 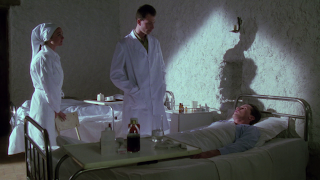 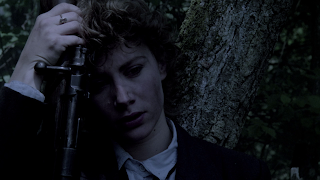 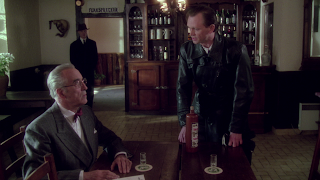