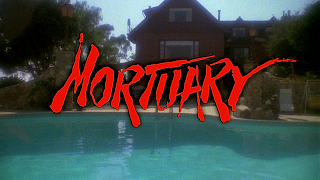 "Christie Parson (McDonough) has been having terrifying nightmares ever since her father, Dr. Parson, drowned in the family swimming pool. She knows his death was not an accident, but no one will believe her... until her boyfriend, Greg Stevens (Wallace), sees the hooded figures that Christie describes in her dreams, in the town's mortuary. Greg's and Christie's curiosity plummets them into a series of bizarre and terror-filled circumstances, leading them to the ghastly truth behind her father's so-called accidental death." - synopsis provided by the distributor

Here’s the information provided about this release's transfer, "High Definition (1080p) presentation of the main feature from the original internegative".

This release comes with one audio option, a LPCM mono mix in English and included with this release are removable English SDH subtitles. There are no issues with background hiss or distortion, dialog comes through clearly, everything sounds balanced, ambient sounds are well-represented and the score sounds robust.

Though Mortuary has all the ingredients that should have translated into a fairly successful horror film. Like a creepy place – the mortuary and satanic cult members. The end results is a rather pedestrian affair that would have been forgotten all together if it weren’t for a few memorable set pieces. Most notable a scene in which the killer is outside of the window of the young woman’s, who is investigating her father’s death.

Another area in which this film is lacking are its bland characters, none of which evoke any sympathy and are all devoid of any charisma. Also to make matters worse the performances from the entire cast are at best mediocre. If any performance of note, that would be Bill Paxton (Weird Science, Near Dark) in the role of the mortician’s eccentric son.

By their design Horror films are mechanical almost to a fault. And yet despite this fact, the ones the rise to the top of pack and have lasting legs at least bring something new to the table. This is not the case with Mortuary, a film that is predictable that one has an overwhelming feeling of déjà vu while watching it.

Mortuary returns to Blu-ray via a solid release from MVD Rewind Collection that carries over the main extra from Scorpion Releasing’s Blu-ray release. 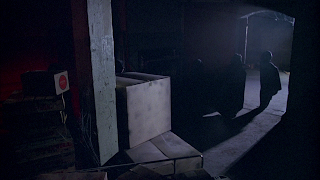 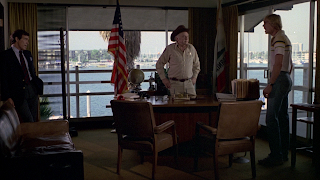 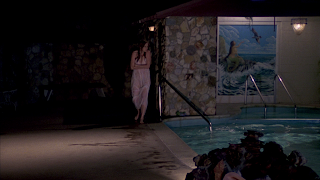 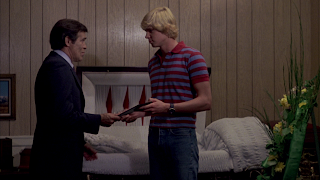 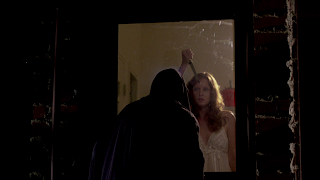 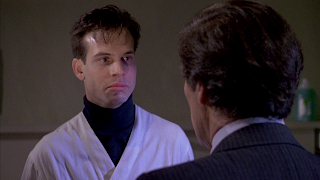